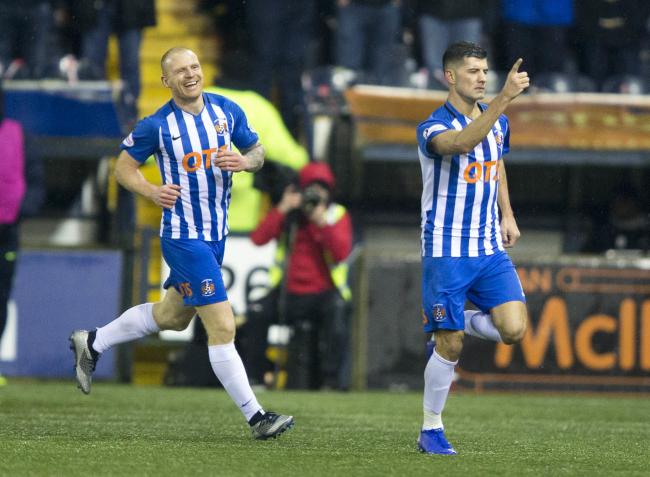 There comes a point in a season where Rangers, Celtic, and these days Aberdeen have to open their eyes and start to accept that another team’s good form isn’t a flash in the pan, but is in fact that team’s actual ability and that they may have become serious contenders for the top of the table.

Are Kilmarnock serious challengers for the title this season? It would be absolute arrogance to say no – we’re deep now into January and they are justifiably in second place, having lost only four matches all season, the same as both Rangers and Celtic.

Naturally it’s premature to say anything about their chances – but at what point does a Kilmarnock shifting around the top three and consistently remaining a contender change from being a team who just keep on hanging around to a team who could do a ‘Leicester’?

Claudio Ranieri’s side was a relegation candidate, just like Lee McCulloch’s Killie, and the Italian took them to the title against Man City, Chelsea, Utd, Arsenal – it was no more or less likely than Killie beating both Rangers and Celtic to the prize.

This stuff does happen, and God forbid any Rangers, Celtic or even Aberdeen fan who dismisses Killie and their pies as a title contender ‘just because they’re Killie’.

Steve Clarke has worked astonishing wonders with the Rugby Park team, and their away record is extremely impressive as well – he might not play the most stunning football but by God it’s effective and his players run through brick walls for him.

Are Killie really dark horses for the title? Yes, they are. Will they win it? Crazier things have happened in football and they’re proving themselves time and time again.

This title race is shaping up as one of the best we’ve had in a long long time.