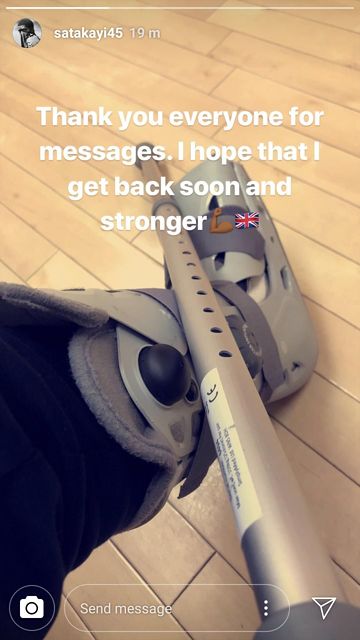 It’s safe to say Rangers’ squad has been in a state of flux of late. A lot of new injuries, and a few returning players. So, Ibrox Noise will take you through a player-by-player guide of who should, could, and may be available next weekend and who probably won’t.

Easy one – he’s back. He’s fit, raring to go, and simply ready for selection. He admits he made a big mistake not having a pre-season and this has been why he took so long to get ready. We’d written him off but better late than never. He may well start at Livi.

We’re not 100% on this one, but we’ve had a sniff that Katic was actually subbed off v Motherwell on grounds of a foot injury, a niggling issue he’s had of late. If this is true, it does suggest more than just a lack of confidence is causing his absences from the team. We doubt he’ll start at the weekend anyway but who knows.

Still recovering and his prognosis is not clear – he took a knock on his hammie in training we believe and is predicted to be out for a number of weeks, but maybe the Auchenhowie docs can get him back quicker.

Played last night for his country as a 71st minute sub, with no apparent sign of that quad injury which ruled him out recently for Rangers. Looks like Lafferty is fit again although how much he’ll play is another guess.

Well, we know he’s out – a setback which has ruled him out essentially till next year at the earliest. It’s never good news with Dorrans.

Been inching his way back for so long now, has a few minutes under his heavily tucked shirt these days and is champing at the bit for regular starts. He’s fully fit and fully ready.

Took a sore one v Motherwell and while we wouldn’t have pitched him as a regular, it’s never nice to lose someone. Unknown when he’s back but the lad is in crutches and a brace so we wouldn’t expect it for many weeks.

Had to miss out on matchday last time around through a family bereavement and while he’s mostly fit, he definitely hasn’t been the same player since he came back from injury. There’s been talk he’s still carrying something and it would explain a lot about his form.

There may be one or two others, feel free to fill in the blanks in the comments.