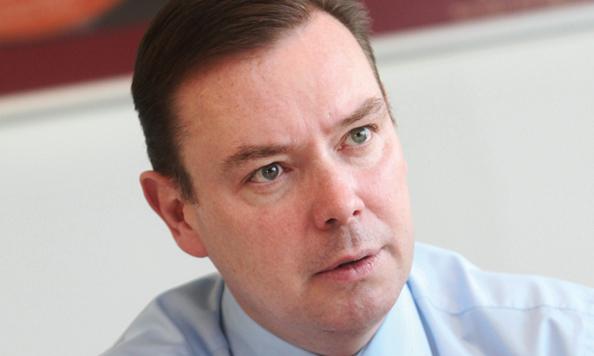 With chairman Dave King’s statement yesterday, the SFA are now, for the first time in far too long, being held to task by Rangers.

One of their chiefs engaged in a clear slur against all things Ibrox just over a decade ago, and the Rangers chief has rightly asked for a thorough investigation as to how someone who made a borderline sectarian slur about a Scottish club can be appointed to a position of power within Hampden.

Gary Hughes’ appointment was in 2015, which probably half answers the question; the SFA, already heavily filled with East-End influence, would hardly bat an eyelid at a bigoted comment in the past by an incoming director.

That said, the vetting process which saw them spend practically two years shoving King himself through the fit and proper person test is clearly not something they deem worthy of carrying out on their own men.

There is definitely an inconsistency here, that an individual who has slurred a group he will have authority over gets a veto entirely while King, who hasn’t slurred anyone in the Scottish game at all has to jump through hoops to prove he’s above board.

Can’t say we recall anyone else in Scottish football ever having to be held to account in this way – certainly not anyone employed within the annals of Scotland’s chief football authority.

The fact is this revelation is just the latest example of one rule for Rangers and another for everyone else.

Slur Rangers? Fine! Come on in! Want to be part of Rangers? You must kowtow to our ludicrous demands.

Hughes must go – he is guilty of utter misconduct and his impartiality is entirely in question.

This all continues Rangers’ fightback, and it really is long overdue.