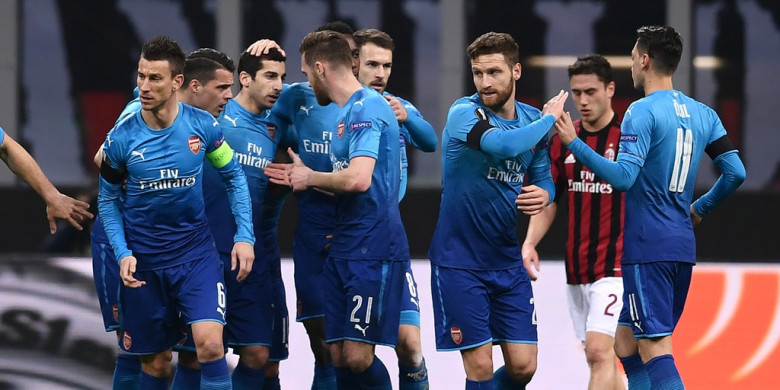 When Arsenal travelled to northern Italy to face a resurgent Milan side last night, Gunners feared the worst. After all, their Emirates men were in a diabolical run of form, with four losses on the bounce, while their Serie A counterparts had not lost in 14.

Some even viewed Wenger’s mens’ trip to the San Siro as damage limitation, and judgement day for the beleaguered French patriarch – a loss would have increased the pressure to near-impossible levels.

Cue a 90 minute stroll for the London side as they destroyed a truly hapless Milan to the absolute bewilderment of Rossoneri fans and unexpected joy of the travelling Gooners.

However, Milan boss and our very own Rino Gattuso made a pointed observation after the match which really cast some light on what had just happened:

“Arsenal? We knew it wasn’t going to be an easy game. They had been struggling of late so we knew they wanted to respond in the right way. They have a lot of quality but we also made too many mistakes. We never played like a team tonight and they deserved this result. It is a new feeling to play at these levels for certain of our young players so they will have to learn. We made too many errors and this cost us the game. We are still confident as we are now going to look forward. We are now going to be focused on Genoa. London? We will give it our all for sure, we are Milan and we have to respect this jersey. We had some chances tonight but failed to score. It’s still not over but it will be very hard for us”.

The part in bold is the big issue – of the entire starting XI in Milan, only summer signing Leonardo Bonucci had any kind of experience of playing against opponents of this quality, at a level comparable to this. The rest were experiencing it for the first time, even quality players like Romagnoli, Donnarumma, Bonaventura and Suso.

Now, you are probably wondering why you are reading a ramble about Arsenal and Milan, on a Rangers site.

Well, Rangers host Celtic on Sunday, in case you didn’t know, but the result last night was a classic case of formbook being thrown out the window and the experienced team knowing how to win.

In short – the only Rangers player in the current squad to experience beating Celtic in 90 minutes is Lee Wallace, and he is unlikely to feature. Celtic have a great deal of experience at this level over a newly-built Rangers side, and this is something Graeme Murty will need to compensate for in order to win.

Rangers’ form has been excellent of late, and on paper Rangers players are matching Celtic’s far more toe-to-toe presently. But when it comes to experience, Celtic are painfully far ahead, and Rangers will be lining up with essentially eleven men who do not know how to beat them.

Naturally, there is always a first time – the only way to gain experience is by going out there and doing it.

But Rangers fans who are expecting big things on Sunday, ourselves included, must be wary of assuming form and ability are enough.

You have to know how to win at this level too, and Arsenal sure as hell taught Milan a big lesson in that department last night.

Here’s hoping Rangers learned from that and are truly ready to match or beat Celtic, experience notwithstanding.