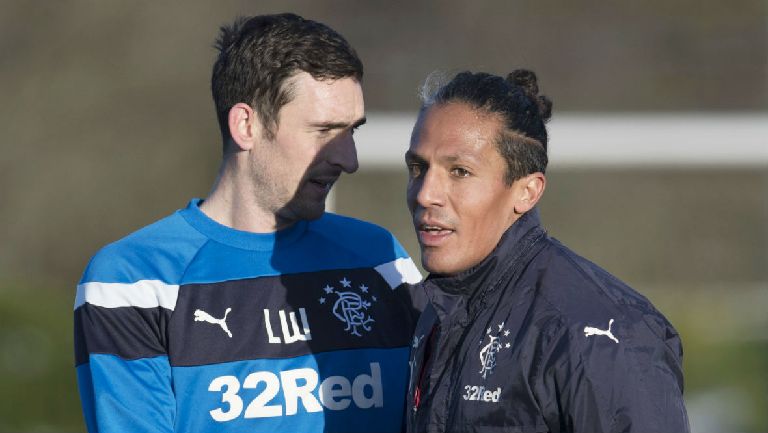 The most important Old Firm match (since the last one) is nearly upon us, and if one thing has punctuated the build up, it has been the injury sagas around Ibrox.

Ibrox Noise brings you a comprehensive list of who is in, who is out, and who might be shaking it all about.

After a brief concern earlier in the week, Alfredo Morelos should be fit and raring to go. While we proposed Jason Cummings in his place on tactical grounds, the Colombian is most definitely ready for Sunday if called upon.

Meanwhile, as we reported over the past 24 hours, Russell Martin picked up an injury in training (back) and is a massive doubt for the clash. Chances are slim that the on loan Norwich stopper will be available and Bruno Alves is likely to start.

Jordan Rossiter remains sidelined for the match day squad but in much better news has returned at last to training and maybe just maybe will be able to get fit enough soon enough to feature before the end of the season.

And in other good news, Graham Dorrans has also made his way back onto the turf at Auchenhowie – the long-term absentee has been gradually building himself back up and while we are not sure of his prognosis for the rest of this season, he is a good option for next.

But Ryan Jack remains absent – his knee injury is a major issue and manager Graeme Murty has already confirmed he is extremely unlikely to play again this season.

However, Ross McCrorie is making good progress – back in training, the midfielder will hope to get back in the first team picture before the season is out.

Unfortunately, after his positive 90 minutes v St Mirren, there was no sign of Lee Wallace at training on Thursday – we hope this is just precautionary but we have doubts as to whether the club captain will feature in any role on Sunday; Declan John has returned to full fitness and will start.

In some final good news, Jamie Murphy was at training as normal having entirely recovered from a foot injury and will face Celtic if he stays trouble-free.

So, a mixed batch and we shall see how Murty lines them up on Sunday.