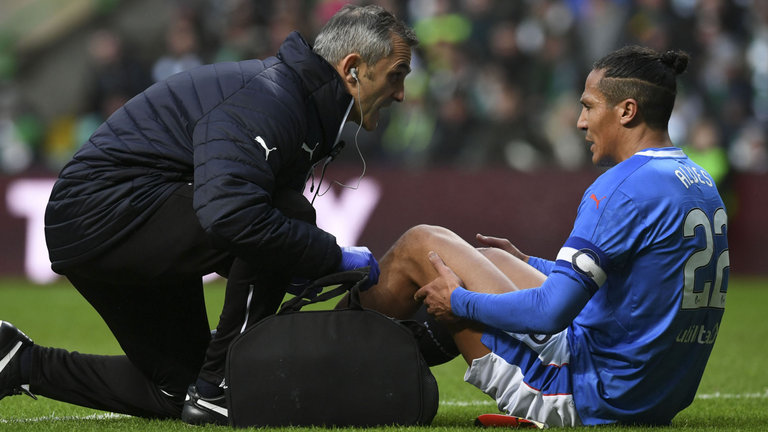 Until recently, many called him the ‘darling’ of the Rangers support, immune from criticism (except on here) and capable of doing no wrong.

Bruno Alves appeared to be able to get away with anything and large swathes of the support still believed the sun shone out his backside; but evidently Rangers have made moves to replace him with Scotland’s Russell Martin and that says it all.

Alves’ favour among the support ran out entirely after the Old Firm exit, despite him being legitimately injured.

Frankly Alves has been a colossal disappointment at Ibrox. He had one or two decent matches, but the veteran Portuguese struggled with the pace of the game here and was exposed countless times by it.

In recent times we praised his positives – his positional sense and his dominance in the air, plus the repeated attempts to play the right flank in from deep.

Unfortunately Alves’ physicality simply was not up to scratch, his pace dreadful, his one-on-one defending pretty hopeless, his leadership non-existent, his tackling completely absent and he also had a predilection for getting involved with scuffles which had nothing to do with him. Quite simply, he was a defender who did not suit our game.

And it seems the powers that be have recognised that, on top of his ailing fitness, and we would be very surprised if he remains a Rangers player by the end of this month.

Scotland’s Martin is set to replace him – a loan deal, and if he impresses it will become permanent, and while a number of fans are not overly excited by this deal, I suspect David Weir did not do much for them back in the day either when he was picked up.

We need experience at the back, experience which understands the Scottish game and what it means to play for Rangers.

Alves is not a bad guy, but a fish completely out of water and we would concede we called him wrong – we heralded his arrival but he has been a dud. Plus with the added injury issues, the signing has been a waste of everyone’s time.

We are happy to give Martin a chance, we will give all our signings a chance.