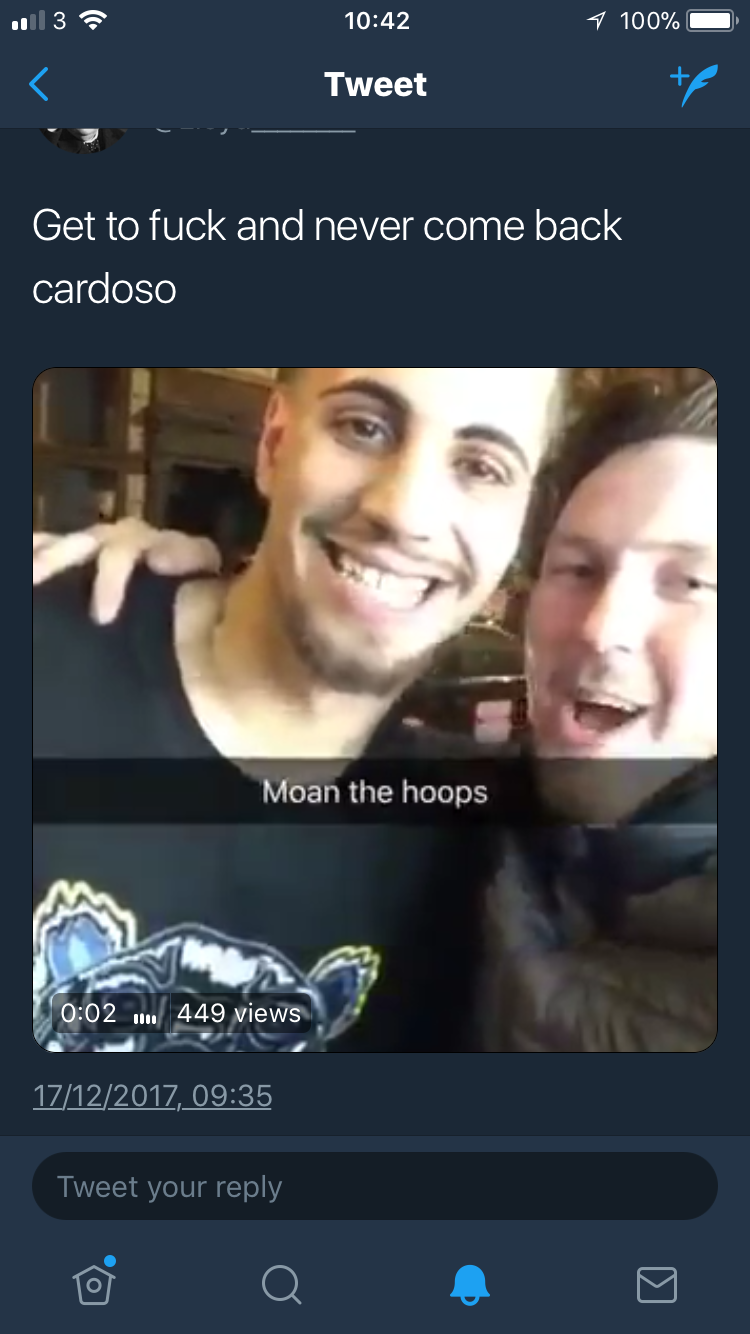 If Rangers’ problems were not bad enough after yesterday’s atrocity at Ibrox, out of favour Portuguese defender Fabio Cardoso has been caught in a ‘Celtic-supporting’ storm after appearing to chant ‘mon the Celtic’ with a fan of the East End.

The video, posted to SnapChat, has been quickly denied by the former Vitoria de Setubal stopper, claiming it was edited.

the video is cut 😭 the boy was clever but it still did not work
You have to try again! The whole sentence I said in this video was “Celtic be ready we are coming” 🔴⚫️🔵

But Rangers fans have been quick to disregard his denials.

It comes after Rangers’ good run of results came crashing down at Ibrox with what appeared to be the worst display in Govan from a Rangers team in a good many years, and fan morale is on the floor.

Many wondering why Cardoso is not in favour under Murty with Danny Wilson and David Bates both being significantly preferred may find this video giving some clue that his heart might not be in Glasgow’s South Side after all.

It has echoes of the manager who signed him supporting his ‘Celtic Brothers’ back in his pre-Rangers days.