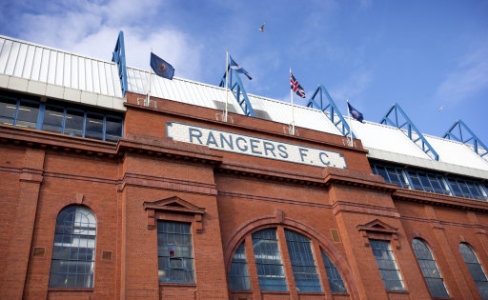 If ever there was a player who gets more than his fair share of flack, it is Josh Windass. Ibrox Noise and indeed most of the fanbase at large has been immensely critical of the ex-Accrington man, given the frustration we have with him.

As Super likes to regularly point out, the forward was stellar at Fir Park for 25 minutes before fading, and that seems, in terms of performance, to have been his Rangers peak. Since then he has shown up in brief patches, with inconsistency blighting his displays and drawing ire from fans regularly.

In short, interim coach Graeme Murty has changed his role – instead of employing him as a winger, like Warburton then Caixinha did, Murty has given him a free role behind the striker – a free roaming attacking position which allows him to go where he thinks he is most useful and can do the most damage.

And whether fans like him and it or not, Josh Windass is now starting to do real harm.

The lad has four goals in six games, and is by far our highest current scorer – he also scored the effective winner against Aberdeen by making a lung-busting run and being in the right place at the right time to finish off Candeias’ fine assist.

And it does seem he is having a much more productive time in his new role. It seems to us that Windass struggles when he is expected to produce flair and skill and assists – he tries too hard, and ends up producing little.

Whereas the number 10 role behind the striker seems to fit him more – he can go about his business more quietly, making timely runs and creating space, and nabbing a few goals for good measure. This kind of job seems to be a far better way to get more out of him.

He is far from the finished article, and that dive in the early stages was a genuinely ugly moment he will want to forget, but overall, Windass is going in the right direction to becoming a far more valuable member of the Rangers squad than he was.