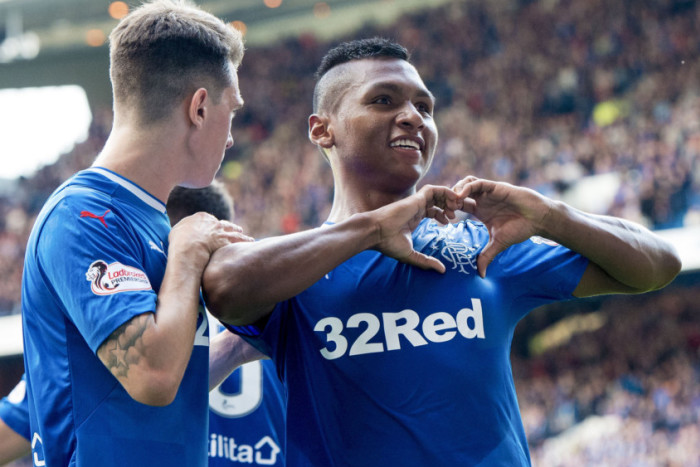 In some enlightening news, the Rangers Report have compiled an incredible dossier of statistical achievement throughout the whole of the SPL, accruing a great number of details about exactly which players are achieving what.

With this being a Rangers site, we are most interested in our players, of course, and the most important stat of the lot was the so-called ‘Offensive Statistical Contribution Rating’ which measures in a number just how important a player is to a team winning.

While no Rangers player tops the charts for the league overall, one comes close.

The highest score in the SPL for this stat is Celtic’s Scott Sinclair at 16.23 with Hibs’ Anthony Stokes second at 14.45 while Motherwell’s Louis Moult nips in at third with 14.19.

What of Rangers’ other players? How important to the win are our finest?

Our most important player outwith Morelos when it comes to winning is….

These stats compile a combination of factors – assists, supporting play, and all round stats which contribute towards victory in a match.

The best of Rangers’ rest are Graham Dorrans with 7.34, Josh Windass (yes really) with 6.31 then Kenny Miller with 5.28 although one wonders where Kenny would have been without the lay off from our previous manager.

We also wonder where Morelos would be if not for the dry spell he has suffered recently.

Incidentally the lowest ranked regular players at Ibrox? Ryan Jack with 2.57, Declan John with 4.47 and James Tavernier at 4.86.