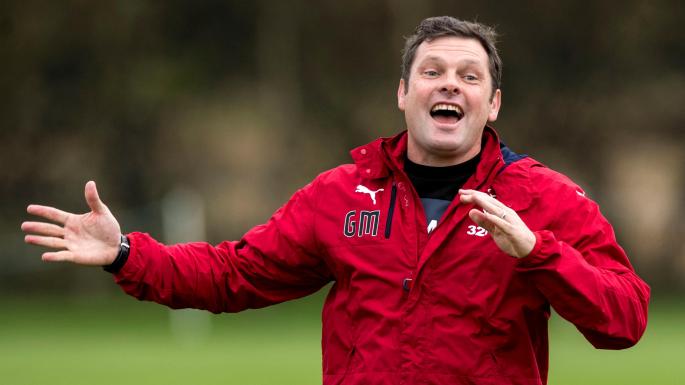 Graeme Murty has made a startlingly bold claim about Rangers’ next manager. After today confirming progress has been made in the hunt for a new boss, Murty implored the importance of the right man to an even more significant level than perhaps fans have.

Most supporters have had a vision of a solid and safe pair of hands to take us to the end of the season and assess where we go from there, but Murty has suggested the board’s appointment is being viewed as something long term.

“I think that to get the next five, six, seven years right, we need to take our time now to get this appointment right.”

He is absolutely correct, in fairness to him. The last five or six years have been dreadfully wrong, with failed manager following dud signing time on time again.

Rangers’ board must get the next manager correct in order to finally move in the right direction.

“If we take a little bit more time now to get this appointment right, we actually get the next five years of progress and secure the future of this football club at the top of the league, and that’s crucial.”

He makes a point here too. What would we rather, a quick appointment and a wrong one, or slow progress in order to secure the right man long term?

Of course, us supporters do not see it necessarily as black and white as that – we need to see something happen, and the complete radio silence with regards the saga has been a tad disappointing at best. The board should have communicated much better than it has, and Lee McCulloch makes a very fair point in accusing the board of hanging Murty out to dry.

We alluded to this earlier, and it is disappointing how the youth coach has had to tolerate the public glare instead of those who appoint him and who should be representing the club.

Incidentally, following his dreadfully painful post-Dundee media duties, Murty has done a stunning job regrouping himself and regaining his composure – his performance at Tuesday’s presser was much more self assured and he was back to his pre-Hamilton class and clarity. And we are glad to see it.

Whether the team will follow suit tomorrow night is another matter.