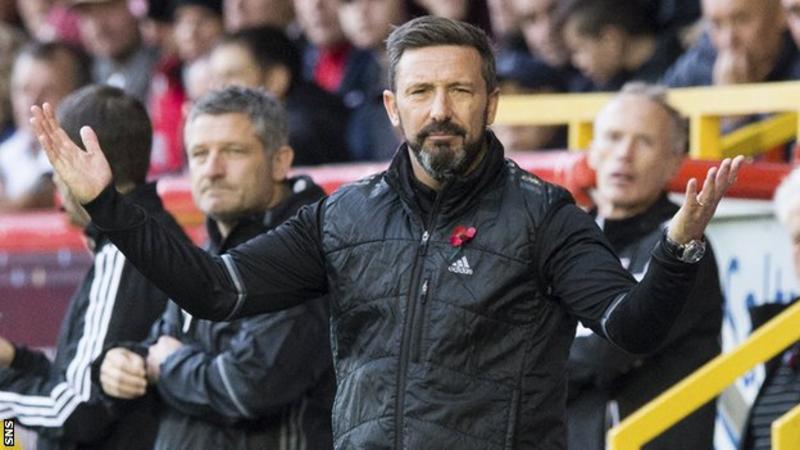 Derek McInnes has lost his status as odds on favourite for new Rangers manager, hitting evens for the first time. The 46-year old Aberdeen manager appeared genuinely flustered by the subject when questioned at his club’s presser, and the feeling really grows by the day that if Rangers were interested or could afford him, contact would surely have been made by now.

Graeme Murty’s side welcome Hamilton to Ibrox today, with the interim boss an increasing number of fans’ pick for new manager, while he himself is guarded over such a promotion.

Should another win be claimed this afternoon, it is the belief of many that the ex-Scotland international may well be offered the job till the end of the season, something many fans would be happy with.

As for McInnes, with every passing day his chances of becoming the new manager do seem to fade, and while it is true that odds reflect betting patterns, they also reflect information bookmakers have. McInnes is 1/1 now, having fallen from 1/7 and it may just be a matter of time before he is odds against.

Meanwhile there is a new third favourite thanks to his comments yesterday; Frank de Boer has now moved into contention while Alex McLeish props up the top three.