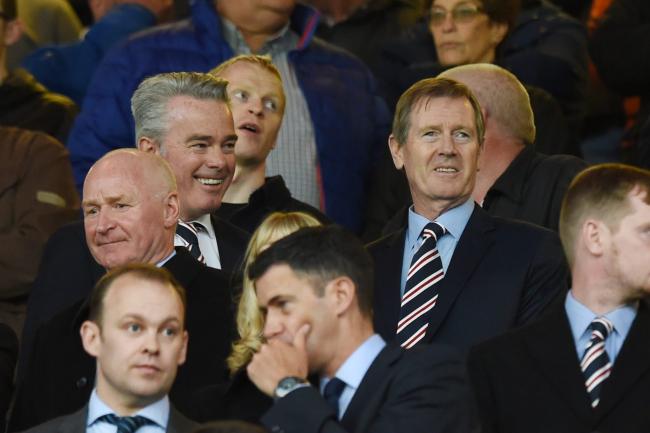 More and more Rangers fans are starting to buy into a previously implausible idea, and one which seemed some distance off being realised, but given the increasing feedback we have had on here and seen elsewhere within the fanbase, the number of supporters who think interim manager Graeme Murty is getting the Rangers job grows day by day.

There are a number of factors playing into this idea:

He is doing well. Bonkers, I know, but he has played two, won two, and already convinced more in two matches running than his predecessor probably did in seven months. He might not be the glamorous solution but Murty is getting the job done.

Secondly, price. Murty will be by far the lowest cost option – he is not a name, he is not established, and a decent wage rise will be about as much as Rangers’ board will have to put in his wallet rather than the potential millions a three-year deal for a proven pro will cost.

There is also the growing belief that the delay in finding a new man is not a delay at all, but a ‘buying of time’ and wanting to see how the current man does over the next match or two. Some seem to think Hamilton could well be a major marker, and should the 43-year old (happy birthday yesterday btw) manage another win, it may convince the board to go with him.

The players like him. We have heard a lot of positive words, particularly led by Jason Holt who seems to be really thriving under Murty. The midfielder has arguably been our best player recently and he has taken advantage of the loss of Graham Dorrans with aplomb. Other players also have good words to say about the temporary boss.

The ‘Everton factor’. The lads at Goodison have also had a modest upturn since Ronald Koeman was fired – they also have an interim chief in David Unsworth and just like Murty Unsworth is an outsider for the job but certainly in the frame. And the Dutchman was fired a month ago now – The Toffees are certainly taking their time too.

And another curious theory has been doing the rounds too; the Aberdeen double header ends this month and starts December. If Rangers appoint someone other than McInnes before then and he does not do well in those matches, the outcry will be why we did not appoint the Aberdeen boss. Meanwhile if Rangers win both it puts McInnes under pressure at Pittodrie and gets Aberdeen fans on his back. As for Murty? Who knows how he fits into that one but it certainly argues towards the delay anyway.

Fans like him. A poll on the site was a near 58/42 on Murty, so he is not a universally popular choice but certainly has a lot of support.

The longer Rangers go without either appointing someone or even apparently talking to someone (beyond unverified stories in the press to the contrary) the longer Murty stays in charge and the higher the chance of him getting the job.

There is also the upcoming ‘diddy’ factor. Rangers’ next two opponents are weak – Hamilton and Dundee should not be hard for a half-competent manager to overcome, and they may create an artificial sense of how well Murty is doing. Equally though this is unfair to an extent on the man as he can only beat what he is given.

These are uncertain times at Ibrox. And the longer the current situation remains, the more uncertain they get.