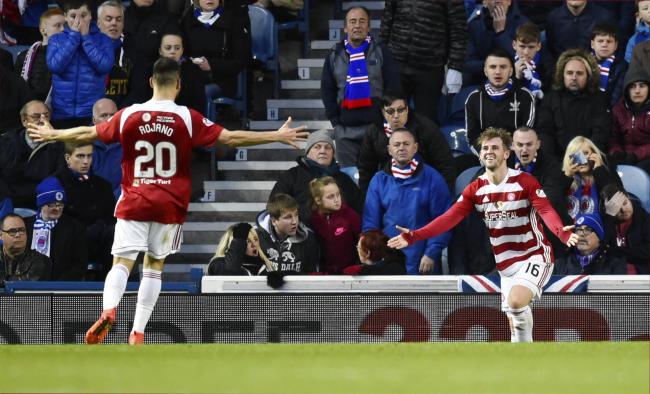 With Saturday’s crushing loss v Hamilton still fresh in the memory, it is time for another ‘things we learned’ session with your friendly Internet neighbourhood Bears, Ibrox Noise.

First off, a natural caveat – there is only so much we can read into results under an interim manager, so we urge caution before drawing major conclusions from the displays and results under Murty, but with that said, we are fans and we have opinions, and we will try to sum up the best of it from Saturday.

Read that again. 19. This lad has been excellent for us by and large since being given a chance and has acquitted himself brilliantly. For anyone (least of all his coach) to single him out for blame at that age when he is not only learning his trade but actually doing so at a rate well ahead of what is expected, criticising him is extremely unfair. Yes, he is playing for the Famous, and yes, criticism comes with the territory, but there seems something very off about singling out what is still a young boy and borderline blaming him for the loss. This is the kind of player we need to support, develop, and constructively rally around when he gets something wrong.

2: Alfredo Morelos is chalk and cheese.

He is an absolute powerhouse striker who borderline bullies opponents. He wins so many free kicks it is not true. He is a menace and wins more than his height deserves in the air. But he is completely impotent with goals at present. As we pointed out yesterday, he has only scored in four league matches all season – a pretty horrific strike rate for a club like Rangers. He needs a rest to regroup and regain his focus because we actually feel bad for all the good work he puts in to not be rewarded. One caveat (again) – he remains the SPL’s second top scorer and has scored more league goals than anyone at Parkhead. So while he is 9 without a goal, he is still better than Leigh Griffiths.

He is a safe pair of temporary hands, but nothing more. He said himself he came north to develop, not to manage the club. He holds himself well and speaks with class (Saturday’s post-match faux-pas notwithstanding) but a master tactician and player motivator he is not.

Despite the latter’s poor form recently, he would still have been a better option than Lee Hodson, who is simply not up to the task of playing at left back. He is limited at RB but acceptable, but on the opposite flank Hodson is rather exposed. John has been frankly excellent since coming north, and might even be someone Rangers consider permanently capturing from Cardiff, and his void on Saturday was most definitely noticeable.

Sure, the lad might not be Messi but he deserves a few games to show what he can do. Morelos and Miller are running on empty right now and he could come in with fresh legs to give one and the other a little breather. He has the pace and the dribbling to be a nuisance, and he has been at Ibrox for long enough without ever being given a real shout at the first team.

Time for that to change.

6: Ex players love doing a number on us.

If it was not Kyle Lafferty at Murrayfield with a sizzling free kick it was David Templeton exploiting McCrorie’s error to pinch an opener, ex players just love showing Rangers why we were wrong to let them go or not re-sign them. In Lafferty’s case he did show respect by not celebrating and we have to give the man credit for that but as you can see from the headline photo, Temps was not quite as gracious.