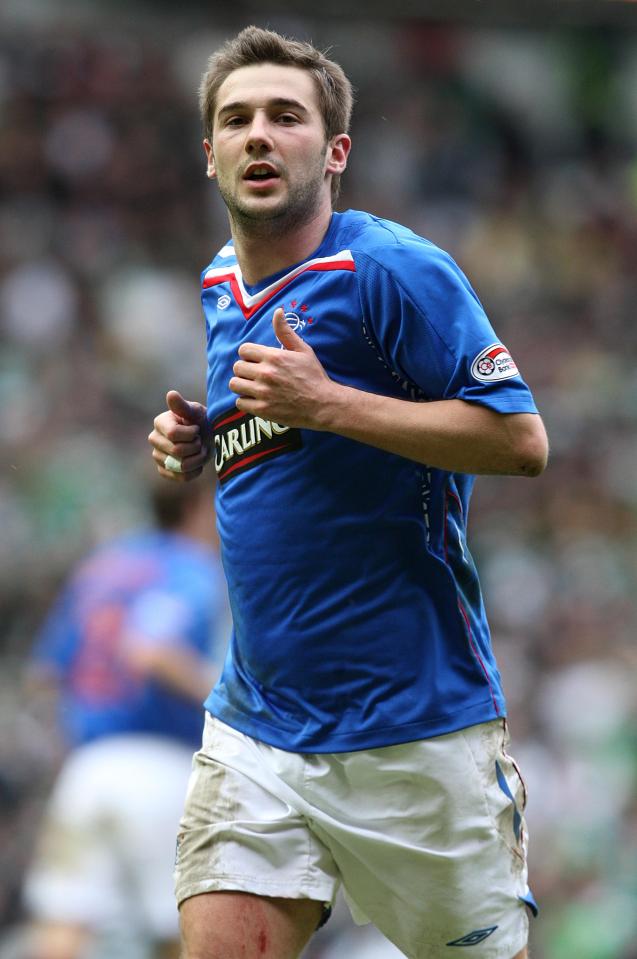 Recently I spoke to former Rangers and Scotland international Kevin Thomson. Thomson signed for Rangers in January 2007 for a £2 million fee from Hibernian. Signed by club legend Walter Smith to bolster midfield options, Thomson went on to win back to back SPL titles in 2009 and 2010 as well as being part of the side that reached the-then UEFA Cup final in 2008.

Me: What was it like to walk out for the first time at Ibrox?

Kevin: “First game at Ibrox was a European game! Debut was away at Killie, but to walk out at Ibrox for my home debut was special. It’s a special place to play football.”

Me: How did the atmosphere around the place change for Old Firm games and how different were Walter’s team talks?

Kevin: “Unreal the build up to an Old Firm, I was buzzed off the intensity in training and in the media, match days were a buzz that’s hard to explain. A win, which I got a few, is a special feeling!”

Me: What was your favourite Old Firm?

Kevin: “Old Firms – all of them apart from one! I think I played eight and won seven and to have scored the winner in one was a selfish but special day for me!”

Me: What was it like to work with the legend that is Walter Smith?

Kevin: “Sir Walter was the best! Taught me very valuable lessons as a young player trying to succeed at a huge club like Rangers.”

Me: If you had to pick a Rangers 11 from the time you were at Ibrox, who would be in it?

Kevin: “In goal: McGregor, Sasa Papac at left back, Carlos (Cuellar) and David Weir at centre back, either Whittaker or Hutton at right back, they’d have to toss a coin! Me at holding midfield! Pedro Mendes, Baz (Barry Ferguson) and Steven Davis in central midfield, Naismith in behind Jean-Claude Darcheville.”

Me: What are your opinions on development of youth players in Scottish academies and should clubs hold onto young talents eg. Billy Gilmour at Rangers?

Kevin: “I don’t think collectively as clubs, as coaches we do enough to put on the right stuff for our kids. Too many poor coaches within the system, taxi drivers and painters etc. and I know that a painter could be the best coach out there so I don’t mean that disrespectfully, just meaning not enough have players the right character, the right commitment and passion to make a difference. I don’t think a taxi driver could help a kid develop and give him the right advice needed to help him grow as a young man and as a youth player trying to have the right tools to become a pro, yet a Barry Ferguson could well do this no problem.”

Me: I know you’re involved in coaching with youth teams, can you explain a bit about what you do?

Kevin: “I coach every day, I have my own academy, and created from my ideas, my own thoughts and I take every session. Mostly seven days a week and all weekend but I love it! If I had the facility I’d be on it all day, every day and you’d have to drag me off it. That’s what’s missing in the Scottish game now and it isn’t embedded into our youngsters anymore. Hard work, sacrifice and commitment to being the best you can be is something that can outweigh talent; if we have both then we have a winner. Have one or the other I’d rather hard work and a strong mentality, a belief within myself to be the best I can be. Can a taxi driver help you gain these things, tell you the right things and show you how it’s done?? I disagree. Not all like I say but can’t be one player and 99 taxi drivers.”

Me: What got you into playing football, what inspired you?

Kevin: “My dad, since the day I was born I had a ball at my feet. Day and night, my dad played a bit so you naturally follow suit. If I’m honest I wasn’t all that good when I was younger, I started to progress when I was about 8 years old; when a local football side in Peebles never really tested me and I moved to town to play for Hutchison Vale under 10s. I played a year above myself and it was the right level. It took me a while to adjust to the way the town lads were but once I found my feet I could hold my own with anyone.”

Me: Who were your heroes growing up?

Kevin: “I was a huge fan of Ryan Giggs and Lee Sharp when I was younger and once I started to learn more about football I loved Paul Scholes and Roy Keane, who was probably my favourite player ever!”

Kevin is a brilliant bloke to talk to about football, very down to earth and genuine. As he said, he’s set up his own academy to help bring through young Scottish talents, he works for hours and hours, dedicating his time to the Scottish youth development system.