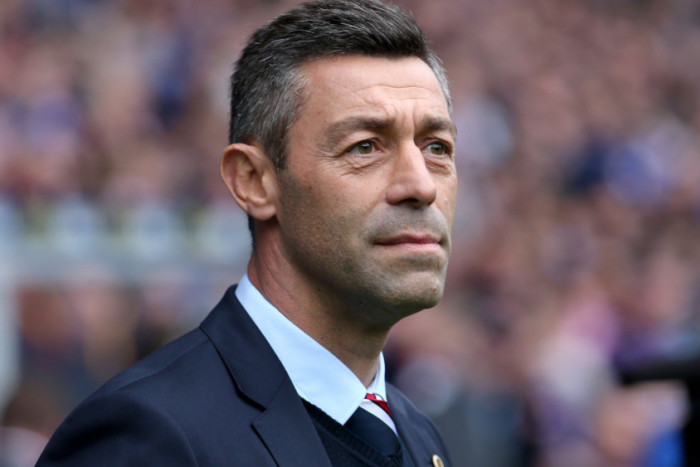 With Kenny Miller restored to the squad, the upcoming question may not seem quite as valid or relevant as when it appeared to be when he was delegated to the youths.

The 37-year old striker was at the centre of all kinds of allegations, none of which with substantiation, ranging from him running some kind of military-style coup against Caixinha, to leading a mere uprising, all the way to ‘Pedro was a bit miffed he did not ask for permission to receive the armband’ (despite being vice captain).

In short, the fans who jumped immediately on Miller’s back and slurred him to a borderline slanderous level following the news he was to play with the youths should be thoroughly embarrassed with their behaviour – he has earned a little benefit of your doubt, Bears – few have given us more in the past few years.

However! Regardless of that situation, Rangers do have a slight quandary appearing at the front of the team.

While Alfredo Morelos shows huge promise (albeit he is enduring a sudden dry spell of a handful of games with no goals) there is no one behind him who has truly cemented their place.

Ibrox Noise profiles the contenders to be ‘second striker’ and provide a bit of assistance to the Colombian:

The obvious one. He was a mainstay of the team and his hard work off the ball helped create space for Morelos. Is it a coincidence his form has dried up in the three matches since Miller’s exile from the first team? Unfortunately the Scot is not getting much younger and cannot be viewed as a long-term number 9 even if that absence from the first team is imminently at an end.

Pedro is aching for his £3M waste of money to justify himself. The Mexican has been ghastly since showing up at Ibrox. First he was a mile off even playing, then he started getting horrendously impotent cameos, then from nowhere he got starts – yes, he has managed a couple of goals, and that is important, but he literally offers absolutely nothing else. Pedro has been shoehorning him into the 9 role but he does not so much fail to suit it as fail to suit the team and the SPL in general. He might have some talent (we just assume this as we sure have not seen it) but his workrate is nearly nil. Does not deserve the jersey.

Might not be blessed with the talent Pena is alleged to have but infinitely compensates with industry. He probably would not suit the 9 role but he works hard wherever he is and his presence causes problems. But whether he has the vision and intelligence for the slot is hard to say.

This guy has talent, vision, intelligence and awareness but little mobility and he simply cannot keep fit. The 9 is his position, no doubt about it, but he seems to only last about half an hour before he is utterly spent. If he could find a way to increase his stamina and not get injured all the time, he might be a good option there.

What Kranjcar lacks in mobility Windass makes up for, but he is not an especially intelligent player and his game appears to be about energy, dribbling and pace with zero thought about what comes next. A useful sub, but not an option from the start, yet this is something Pedro disagrees with it seems.

We are not even sure the second striker is Herrera’s position quite honestly – he has a few strikes and the guy has some talent but pigeon-holing the type of forward he is is a touch tricky. He does not seem to have the assists or creativity to be a 9, yet lacks the goals and shots to be a striker. Odd one.

A few have mentioned this lad. Has hardly featured for Rangers since ‘coming of age’ and spends more time away on loan than anything else. Not sure if he is good enough for the club, but maybe deserves a bit of a chance to show himself off in the 9. If it does not work, well, we tried.

As you can see, there are a fair few options but few are satisfying. For Miller’s workrate there is also his age, for Niko’s talent there is his fitness.

Rangers really lack one convincing option to partner Morelos, and it is something we hope is dealt with in January (unless Pedro reads the site and likes some of the free agent suggestions we scouted for him!).

This Rangers stat can’t be true v Hibs, can it?

Derek McInnes basically admits the Dons and the SPL are garbage