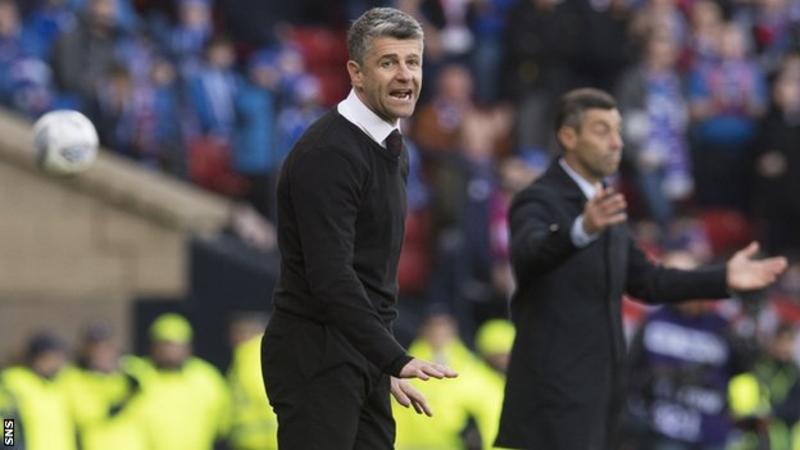 While us long-suffering Rangers fans continue to pore over the wreckage of Sunday’s capitulation at the hands of Motherwell and last night’s dismal Killie draw, there is a matter of fact which Ibrox Noise has alluded to regarding the Steelmen’s manager Steve Robinson, and which appears to have been completely ignored by Pedro Caixinha’s staunchest supporters.

Now, before we continue, I am miles off comparing Rangers’ standards with Motherwell, we expect more than Fir Park’s finest do, but that, ironically, is half the point behind my argument.

Pedro took over in March. That is eight months ago. After a poor season run in those who believed he would come good advised the doubters to give him time and build his own team. He did exactly that in the summer.

Pedro signed 11 players at a cost of around a minimum of £10M. He spent over half of that sum on three players in total (Pena, Herrera and Cardoso).

End product – his Rangers mess sits uncomfortably in fourth place, a distance behind Aberdeen (again) and one point behind of Motherwell, having being colossally gubbed by them on Sunday.

He took over at Motherwell one week earlier. Yes, he took over at Fir Park on February 28th. Eight months ago. After a solid run in his Motherwell managed to escape relegation by a distance and then he proceeded to sign 14 new players in the summer at a cost of under a million.

End product – his Motherwell sits comfortably in third, one point in front of Rangers, and have a League Cup final to look forward to.

Pedro gets 10 times the money, double the time (Robinson made a difference instantly, Pedro was given extra leeway till summer), less players to need to ‘gel in’, half the results (by expectation comparison) and loses every big meaningful match, but he deserves yet more time?

Can any fans of Pedro explain why he ‘deserves our backing’ despite underperforming by direct comparison with the mighty Steve Robinson’s Motherwell who had to actually bed in a greater number of players?

And before anyone comes out with the ‘foreign’ argument, of unfamiliarity with the Scottish game, that was a problem in the first place, not an excuse that should be used to defend an incorrect appointment; but if I humour it, Robinson himself had never even played in Scotland far less managed in it. So, forget that one folks!

It is so sad that I am looking at Motherwell as an example of what Rangers should be aspiring to.

And that might just be the saddest sentence I have ever typed.