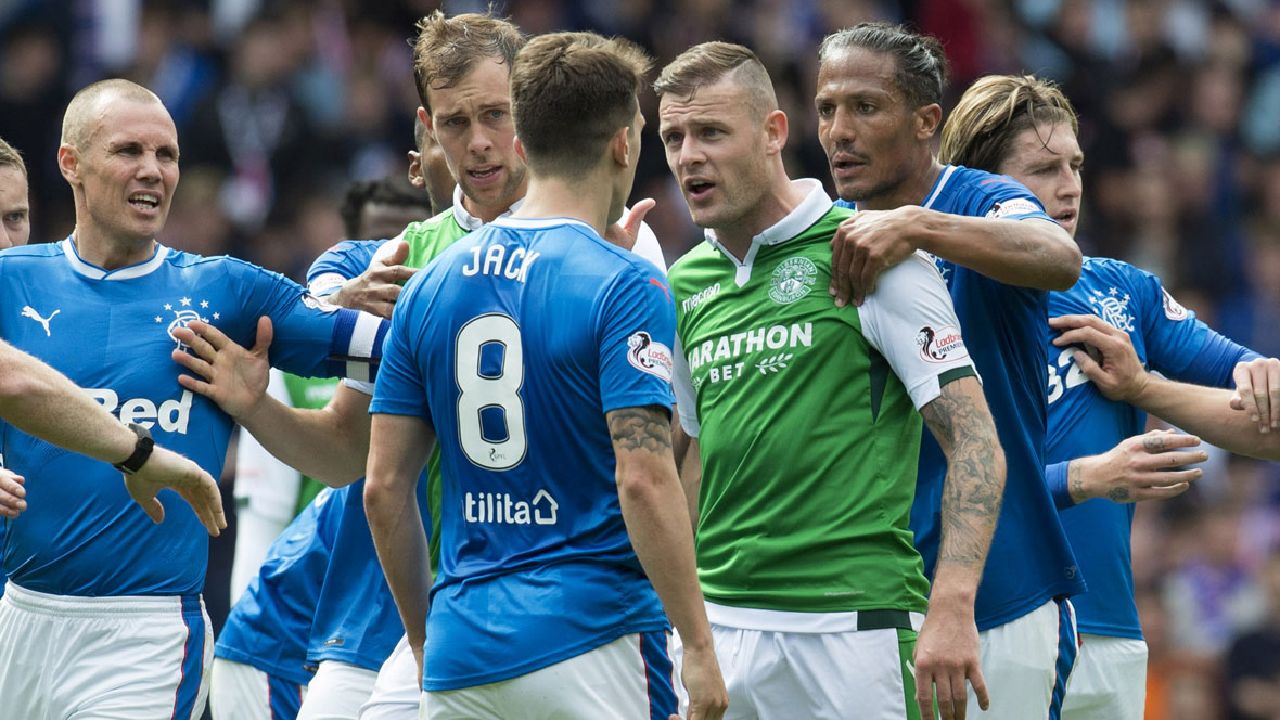 Another Rangers match, yet more chaos. In truth Rangers were not absolutely 100% horrible tonight, although not far off, but once again another opponent bullied us and deserved their point.

Sadly this has become the norm for Rangers now – to play like this, fail to take chances, and lose discipline.

Ryan Jack has had enough chances now – he is not a silly boy with lots to learn, he is an experienced pro who has not delivered on the pitch anywhere near enough to compensate for his new hobby of picking up red cards.

While the wily old Kirk Broadfoot clearly did wind Jack up, Jack’s kick out, just like Bruno’s, was another case of a Rangers team disgracing this shirt.

These guys are unable to walk away from provocation – and opposition players and managers get under their skin so easily that reaction is predictable.

Broadfoot was mischievous, but clever – and Jack bit. Oh how he bit.

And it has cost Rangers again.

In the past two fixtures we have received three effective red cards. One retrospective.

Pedro’s claim the players embarrassed him on Sunday backfired as most of the players really did embarrass us all tonight.

The only four to gain passmarks were Wes, Ross McCrorie (sorry Kirsty), Jason Holt and Daniel Candeias. In fairness to these four, all of them were better than good, particularly Holt.

But alas the rest were hideous, and Jack’s inability to stay on the pitch just keeps costing Rangers points.

Another ugly match – another ugly result, and surely Pedro cannot stay in the job any longer. But at least tonight he is not the only source of blame.

Cannot quite believe that is a plus point?!