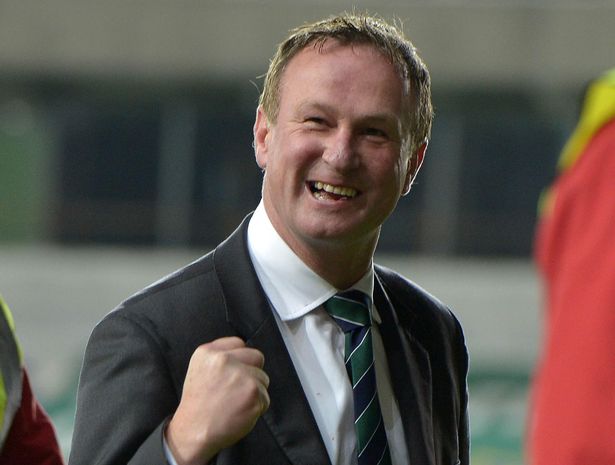 Northern Ireland’s manager Michael O’Neill has joined Aberdeen manager Derek McInnes in failing to explicitly reject links with Rangers, admitting such interest is ‘nice’ but that his focus is on his current job.

The former Dundee United player has been a solid success managing the Ulster lads, and while his managerial career up till then was not exactly a marquee list of great reading, nevertheless for the unfancied Norn Irish to qualify for last year’s Euro Championships under his charge was a stunning success and made him a manager in demand.

On Rangers’ reported interest he said:

“It’s not a distraction for me at all. It’s constantly been there but it’s not something that I pay much attention to.”

Almost a carbon copy of McInnes’ vague comments. He went on:

“My attention is here and trying to get my country to a World Cup finals. What may or may not happen after that is in the laps of the football gods, to be honest. It’s always nice to be linked with jobs but it’s not something I have given much thought to at all.”

Again, saying pretty much the same thing – ‘I am happy here, but you never know’, in effect; once again failing to outright say ‘not interested’.

Many fans are interested in the ex-Newcastle midfielder taking over at Ibrox, and obviously the man knows all about Rangers and Scottish football, albeit he has been away for a few years.

He would tick the British and ‘familiar with Scottish football’ boxes, although whether he would be the absolute right choice is another matter.