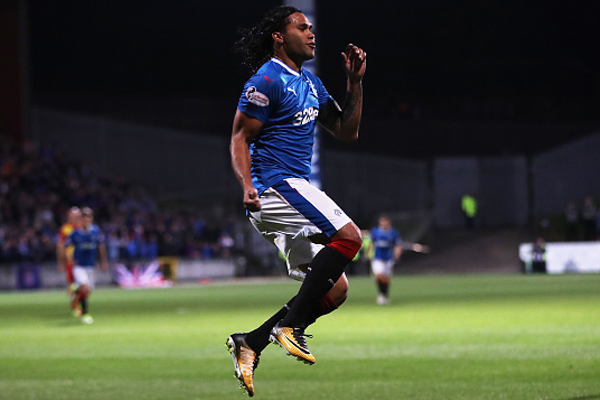 It goes without saying ex-manager Pedro Caixinha’s Portuguese/Hispanic revolution was an unmitigated disaster, comparable or maybe even worse than Paul Le Guen’s ill-fated regime in 2006.

However, a left-over problem from the last eight months is the (expensive) dead wood Rangers evidently have on their hands and speculation has begun about who may struggle to survive a cull under this hopefully bright new era.

Ibrox Noise takes us through the Portuguese Purchase Intrusions (or PPI as I will call them) that have failed to deliver, and risk of departure or otherwise.

The big one, literally – the man giant was the big marquee summer acquisition and came with one of the best pedigrees we have seen arriving in Govan. Unfortunately the big fella, one good match v St J aside, has been simply dreadful. Weak, slow, lazy, and generally not up to the challenge, the defender has not produced even a tenth of the quality we know he should have, and unless the new managerial era believes he can turn it around, he is extremely likely to move on.

Unheralded arrival, Candeias certainly has not lit Ibrox up, but he has done far better than expected. His wingplay is above average, and his crossing has gotten better over the months. The guy has done well, but it was based on zero expectation. He is decent, and he works hard. But is that good enough for what we need for Rangers?

Maybe the disastrous displays from this kid were an omen of the disaster of his manager, but my word this was an abysmal signing. Thank hell he is a loan.

Started brightly, outshining Alves, but then so could most of us. Cardoso has got increasingly weak as time has gone on, and is now far from a fan favourite. Average at best – struggles to deal with the SPL.

Dreadful start, but when he got into the groove, he really sung. A natural born goalscorer, Morelos is now horribly out of form and cannot score a ‘t’ never mind a goal, but we know what the lad does on confidence. A strong guy too, can hold up the ball, but sadly we saw an ugly side of his game in recent matches with some borderline simulation. There is real potential in this kid, but he needs to get back on track.

The most expensive flop in Rangers’ recent history by a long long way, Pena, one good display aside, has been ghastly. Lazy, out of sorts, lethargic, slow – technically the guy is actually more than competent but he is a fish out of water at Ibrox and his time is up.

Has scored a couple of neat goals but literally done nothing else. Just a wrong player at the wrong club at the wrong time.

It must also be remembered that Pedro signed Graham Dorrans and Ryan Jack too – neither of whom have impressed by and large. Jack has also lost the plot too with countless red cards and a complete loss of discipline. Dorrans is also currently injured but in the case of both of these players we hope better management will see us get more from them.

The next weeks and months at Ibrox will be fascinating.