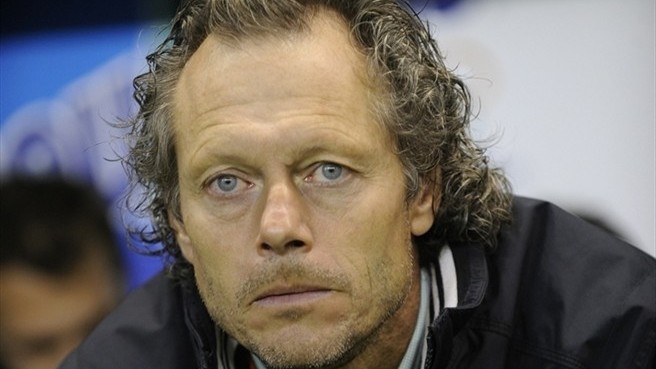 A surprise name has emerged in the list of contenders to replace now-departed Pedro Caixinha.

In due course, Ibrox Noise will take you through all the main contenders to succeed the Portuguese, but one name has certainly stood out for the unexpected nature of the interest in him, but it is a name with pedigree, experience, and class at the highest levels.

Belgian Michel Preud’homme has surprisingly arisen in the list of potential new bosses, with some outlets pricing him as low as 12/1, having risen over the past 24 hours from 25.

You may not know him by name, but this former world class Belgian goalkeeper is instantly recognisable by face, such are his number of appearances in the Champions League both as player for Benfica and manager of Brugges, which is his current position.

While everyone reading this is likely screaming ‘not another foreigner’, we agree, it is a risky move, but we are just reporting Preud’homme is in the running, not that we endorse a move for him.

Nevertheless, his CV makes for impressive reading, but hey, so does Bruno Alves’; but if we try to avoid comparisons, MPH is not only an experienced veteran at every level of football, and was runner up of the Euros in ’80, but on an individual level won various accolades as goalkeeper.

As far as quality goes, the guy is not bad at as either player or manager.

Again, we are not advocating signing him up – the chances are remote, and Rangers’ board surely is not going to take another risk.

But at least the risk on him is based on standard chance, not his having the CV of Mr Average.

And we are being linked with quality managers which is always a plus.