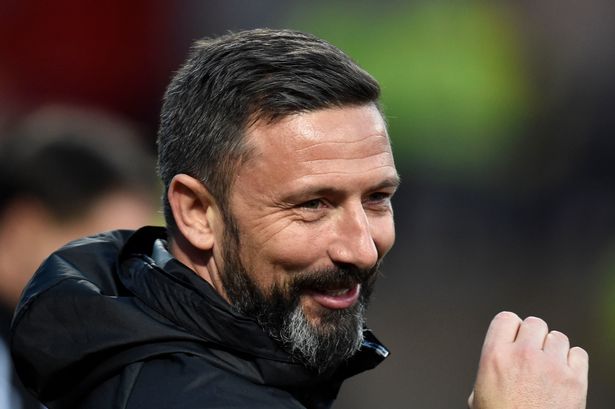 Current Aberdeen manager until 2020 is 46-year-old Derek McInnes and he has definitely done well at Pittodrie over the last 4 years. Admittedly, he only had Celtic to compete with except for last season when Rangers were in their first season back in the SPL, with the underperforming Mark Warburton at the helm.

McInnes was appointed manager of St Johnstone on 27 Nov 2007, after the previous management team of Owen Coyle and Sandy Stewart had been head hunted to Burnley. He was already on the playing staff at the time and they felt that McInnes was showing managerial promise and it was also the cheapest option available to Perth side, so he got the job.

Lo and behold, what did he do, McInnes in his first full season as manager, on the 2nd of May 2009, secured promotion to the Scottish Premier League for St Johnstone, ending their seven-year stint in the First Division.

During Derek’s learning years at McDiarmid Park, he managed to retain their status in the top league for two more seasons – another great achievement. In the 2009–10 close season, McInnes was linked with the managerial positions at West Bromwich Albion and Watford, but didn’t get either job and he remained at St Johnstone and in Oct ’09, he signed a new contract with the Perth club.

McInnes was granted permission by St Johnstone to be interviewed by Bristol City for their managerial position, alongside former Barnsley manager Mark Robins and another unnamed candidate. His managerial record with the Perth club was 177 games in charge, where he won 71 games, drew 53 games and lost 53 games – a decent result for a substantially small provincial side who couldn’t attract big crowds on extremely low wages and very poor TV revenue.

McInnes was appointed manager of Bristol City on 19 Oct ’11, when the club were adrift at the bottom of the Football League Championship, but he guided City to an eight-game unbeaten run that secured their league status. Derek was delighted that he managed to keep them up in his first year in the Championship league.

Despite keeping them from relegation in 2011-12, Derek was unceremoniously sacked by Bristol City in January 2013 with his unfancied side sitting bottom of the Championship table. He was so sad and disappointed having worked very hard with no money to spend and that is why he took it so bad that Bristol City were not seeing his planning for the future taking shape.

He felt he just needed some more time for all his plans to fully develop and his team to reap the benefits that he imposed on the side for the benefit of a brighter long term future for the club, alas it wasn’t to be.

Brighter days for McInnes were indeed just round the corner when in March 2013, he was appointed the manager of Aberdeen. They could tell that he was a manager with potential and he certainly has not disappointed the Aberdeen supporters since he arrived.

McInnes made history as he led Aberdeen to the 2013-14 final of the Scottish League Cup against Inverness Caledonian Thistle, becoming the first manager to take the Dons to a final in 14 years.

Aberdeen won the final after an extremely boring, sluggish, poor excuse of a cup final in the 0–0 draw and a 4–2 penalty success that saw them lift their first trophy in 19 years. He has been very good for Aberdeen, but has McInnes actually done well enough to merit managing a side the size of Rangers, with all the history and the expectations that goes with the job?

I have some reservations against him and I will give you a very good example of why he may not be the best choice for managing Rangers at this point in his career.

I taped the recent Aberdeen v Celtic game expecting the ‘Dons to make a hellava game of it – it didn’t materialise. Celtic rested their whole front line on Wednesday night at Pittodrie and still sailed through the experience without Aberdeen getting close to a good result. It was men against boys with players rested for this Tuesday’s Champions league match against Bayern Munich at Celtic Park.

Patrick Roberts, Scott Sinclair and Leigh Griffiths were all rested and ex-Aberdeen left-winger Hayes was just back from injury and wasn’t right to start the game, so they played James Forrest, Callum McGregor and Moussa Dembele as their front three and still won 0 – 3 at a canter.

I have given you the facts – it’s now up to your comments once you have studied my article in full. I look forward to reading them!