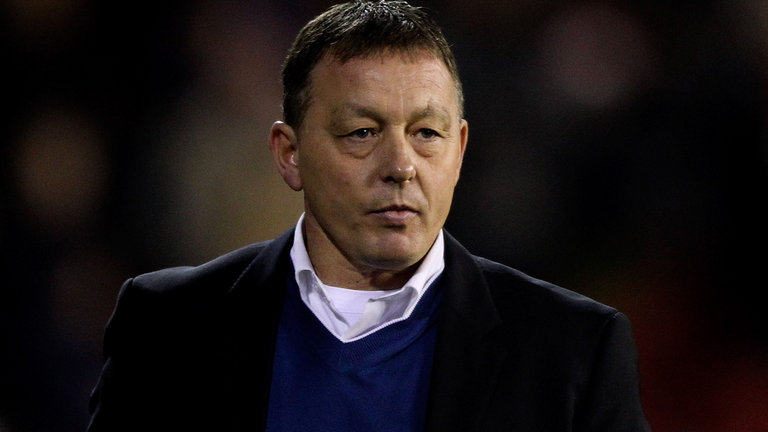 So the manager hunt is underway in earnest. Make no mistake about it, this upcoming appointment is the most important one in Rangers’ history. Not since Walter returned in 2007 has a manager needed to be able to turn around a desperately ailing Rangers side – today’s win over Hearts was a welcome boost in the arm, but it also papered over the cracks of the previous regime.

No one believes a fine win at Murrayfield means our ails are solved, hence getting this decision right is absolutely critical. Rangers fans do not deserve yet more wasted time and will protest with their pockets should a weak and uninspired choice be made.

So with that all said, Ibrox Noise brings you a full lowdown on all the main contenders, so we can all chew the fat over who we want.

He is the early favourite and many media sources claim he could well be courted next week, citing uncertainty over how much he would cost to free him from his recently-signed contract at Pittodrie. Many fans are unsure about McInnes, and do not feel he is good enough to be Rangers manager – many fans said the same about Walter in 1991 so that aspect is not overly reliable. Ibrox Noise does not have him as the personal favoured choice, with none of our staff choosing him. But most of us do agree he is a more stable selection than the last two. McInnes himself is interested, make no mistake. There are also questions of his ‘anti-Rangers’ comments in the media – well, if we look at them closely, they are actually rebuttals to Pedro mentalism, rather than smears on our club. In short, McInnes attacked Caixinha, not Rangers. And frankly who can blame him? We will see over the coming days how much this one hots up.

An Ibrox Noise preference, Wright has been keen on the job from the get go – and has shown his ability to work with meagre resources and get more from them than the sum of their parts. Rangers, by our standards of old, are meagre, and a well organised group under Wright’s management is a stick on for second place, with January additions in tow. He would not cost the earth and he is a safe pair of hands, quite literally.

We are only including him as the bookies have, but the ex-Derby boss is not understood to be interesting Rangers’ board at all, despite his own desire for the job. We agree with the suits. This is not a manager we would want in the slightest and we would borderline object to the appointment.

Always gets linked at times like these and has confirmed he has not been contacted by the club yet. Just like last time, he was not courted to start with, then engaged an informal conversation. We imagine the same again, albeit we know he is favoured by high-ranking men inside the club. It just is unlikely anything will come of it.

Big Sam has had a varied career – his peak was at Bolton, making a strong group of lads hard to beat. But he was poor at Newcastle and patchy at West Ham. He probably would not be the worst choice but we are extremely wary of any manager who has not experienced the SPL. It is a big ask as the past two can testify.

Yes, he is in the running. There are rumours of ill health preventing him from resuming full time management, but even if untrue, do we really want to ask yet more from the man? He is a legend, our joint greatest manager ever, and a hero. But he has given us so much it seems unfair to ask him again.

Does a great job when we need him, but just is not good enough long term – he has shown that overall, and Rangers need a strong-willed man to really patriarch over this squad. Murty is not that kind of chap, but he does speak well, and carries the position as interim wonderfully. And that is the auxiliary we prefer him in.

This is a no. He does know SPL, and he knows Rangers, obviously, but has struggled in every management gig outwith Ajax. Rangers are tougher than anything he has done before, including Ajax, and if he fails at Palace and Inter Rangers is not the place for him. But he is a contender.

Some outlets claim the former Celtic player is in the running – we do not see it. He has been a complete failure in management since his patchy Everton days when one season would see a strong finish, and the next he would fight relegation. Utd, Sociedad, and Sunderland were all dreadful under him and if he cannot cope with a weak Man Utd coming to terms with losing Sir Alex, Rangers is not the place for him. He also does not know the SPL, seeing as his career has been outwith it since (and before) he left Hamilton in ’93.

Surprisingly still in the running, Bruges’ Belgian chief has a CV the envy of many, and with a glut of UCL and NT experience the guy really is at the top of the football tree internationally, but domestically his experience is mostly Holland and Belgium. He would not have a clue what hit him at Ibrox, and as respected as he is in the world of football, it would be a gigantic risk.

So, who would you guys choose of these?