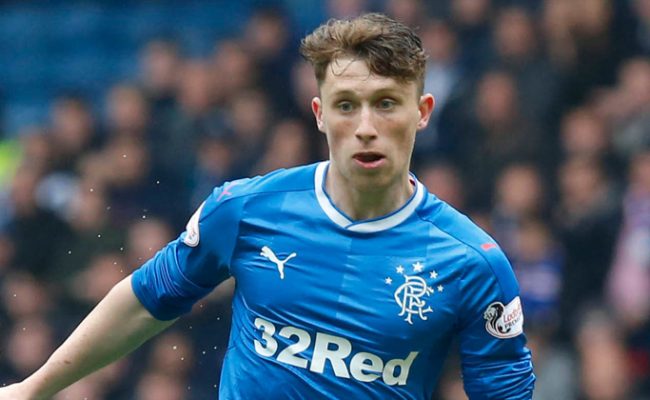 If there is one area we have to applaud Pedro Caixinha in, it is the general willingness to use youth, even if it is not as regular as we would like. This afternoon we saw the second fine display in a row from young defender Ross McCrorie who managed to impress more in the 100 minutes or so he has played than the senior he has replaced has managed to all season.

McCrorie is an exceptional talent, a solid, stronger than he looks stopper with decent reading of the game. The few errors he made today were entirely based on experience, because based on pure ability, Ross McCrorie is every inch as good as any defender at the club already, having only played a match and a bit.

It is plain obvious to most fans that the lad is first team material already, and absolutely justifies the ‘good enough old enough’ cliché we hear all the time. He reminds yours truly of the way Danny Wilson burst onto the scene – the lad was magnificent back alongside Carlos Cuellar and losing him not only devastated us but probably ruined his career.

But a comment on the site got us thinking about another youngster who broke through last season and impressed everyone before disappearing entirely back into the Academy system.

Jamie Barjonas was briefly linked as a makeweight for the Graham Dorrans transfer, and the outcry from fans who were borderline willing to let the deal with Norwich fail as long as Rangers held onto young Barjonas shows just how much the midfielder eased into the role with such fluidity during his cameos last season.

He looked, like McCrorie, well beyond his years, and completely looked the part within the first team at Ibrox.

The point of all this? It seems to yours truly that Rangers’ budget is not going to ever allow us to compete toe to toe with Celtic – we might be able to acquire a few players who could be considered marquee but the rest are ‘hit and hope’ – Carlos Pena is one such player who has been a monumental disappointment and thus far waste of money.

One or two others have failed to impress too, and it makes us really think that giving the cream of the youth a real chance this season to grow alongside the best of the senior crop would be a better direction forward than just signing more and more patchwork jobs which may or may not work out.

While Eduardo Herrera has flirted with improvement the past few games, he and Pena cost together somewhere between £3.5M and £5M, and the return has been measly so far. Meanwhile Bruno Alves simply has not delivered either despite the fanfare over his arrival.

Would it be such a damn awful thing to give more young players a real run in the team in the place of these guys? What would be so bad about just making players like McCrorie, Aidan Wilson, Jamie Barjonas et al fixtures in the first team and playing them more often than not?

Our ambitions this season have to be finishing at least third, and we see little harm in deploying high quality youngsters.

Even Alfredo Morelos, while not one of our own crop, has shown what a revelation he is, and aged only two years older than McCrorie is just as impressive. And has absolutely nailed down that first team place.

There is no reason Pedro cannot trust the Academy’s finest and shake up the first team; build around the best he has signed and the best Graeme Murty has, and see where that gets us.

Not the worst idea, surely?