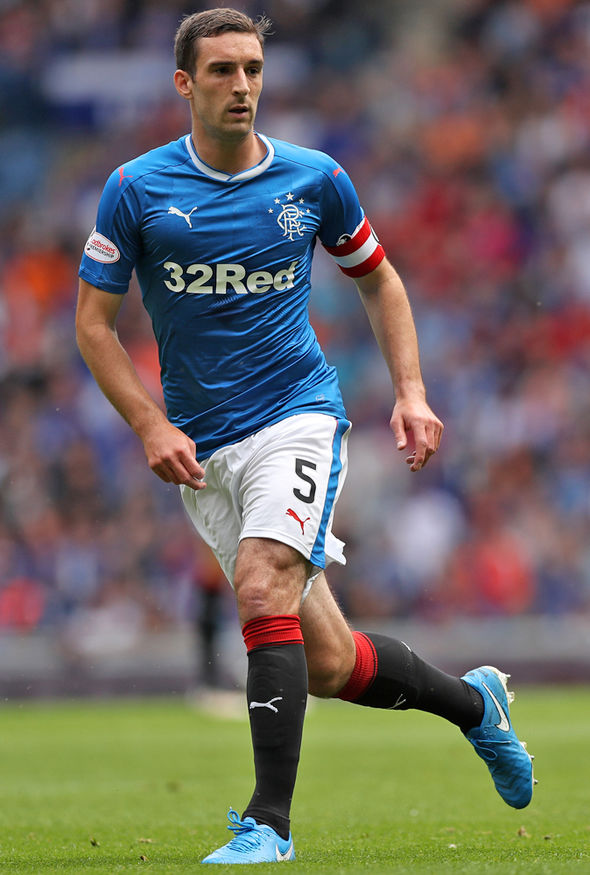 A great number of Rangers players have earned our respect – it is not something you simply get by putting on the shirt; any Tom, Dick or Harry can do that. Instead, you need to show commitment on the field, dignity and class off it, and be able to play a bit too.

Lee Wallace falls into all of the above, and gets an extra touch of credibility such was his dedication to Rangers in 2012 when, let us face it, he sacrificed his career to play in the lower bowels of Scottish football.

Maybe he was settled here, maybe he had family issues keeping him here and it would have been too much hassle to move, but worse players have moved for far more trivial reasons and ultimately we hold the man in high regard for giving us the best years of his career when he could probably have switched to a solid EPL side and become a mainstay in the Scotland team.

So it is with a slightly heavy heart that we must admit Rangers manager Pedro Caixinha may have a dilemma on his hands come around November when club captain Wallace is scheduled to be regain fitness.

Last night, deputy left back Declan John effectively stole the show with a complete performance – Arthur Numan it was not quite, but it was impressive enough to create a real question for Rangers’ manager when his team captain regains full health.

Wallace’s form of the past 18 months has been patchy at best. Many might even argue the lad might be past his best given he has now hit the big 30, but that seems a stretch. Whatever the reason for his slightly sub-par form, it has created a potential issue – with the on-loan Cardiff man suddenly smashing it out there, even scoring with his weakest foot, Rangers now have a bit of serious competition for that berth.

Of course, for now, it is a moot point – and we do not know how circumstances could evolve over the next 6 weeks. For now, Declan John has staked his claim at LB and will continue to play there as long as he is fit and available – so, for the time being, it is a non-issue.

But when the captain returns, will John be benched? If the Welshman’s form continues as well as it has started, would that on any level be justifiable? Or will he keep Waldo seated?

Then again, could Caixinha posit the idea of playing both? Of putting John on that troubled left wing slot? But then what of his favourite Josh Windass who curiously seems to be able to hold that position down in a midfield four or a front three regardless of how poor he is.

These are intriguing concepts for the Portuguese to ponder, and as stated, they are not yet a problem. For now we can enjoy John tearing up the left as long as his form maintains.

But a month and a half is not a long time in football and we will be fascinated to see how Wallace’s return is handled.