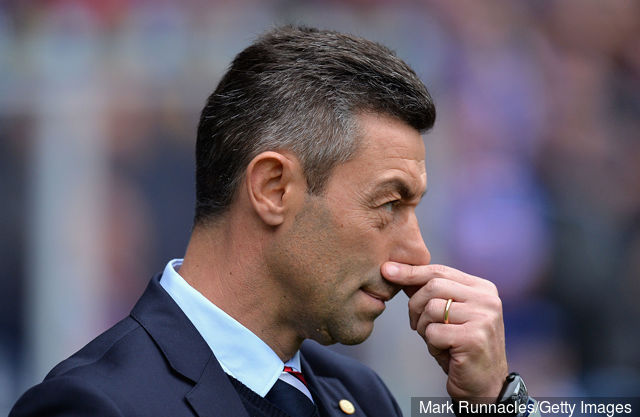 For 20 minutes against Celtic we were borderline eating our words. And by ‘we’ I mean the site and 90% of the support, during which permanently-maligned winger Josh Windass was easily one of Rangers’ best players.

Not that the competition was overly strong, but James Taverner had a solid spell down the right and Ross McCrorie was doing very well in defence, thank you very much.

But normal service resumed as Windass faded out around 25 minutes and that was his lot.

If ever a player has failed to justify his shirt on repeated occasions, it is Windass. We are actually sick of discussing him here at Ibrox Noise – this is not the first time we have been critical of his contribution, after once upon a time believing we could actually build our team around him.

Time has proven that to be a complete impossibility – he has delivered around three 20-minute spells of flattering to deceive – the most impressive thing he did this whole season was hitting the post at Firhill on the opening day.

Some might say he is playing out of position, and even his manager concedes that like his fellow underperforming attacker Niko Kranjcar, Josh is having to cut in to get into a position where he can do damage. So we will cut him a sense of slack in that context.

But equally for 20 minutes, when he feels like it, he can look like he is playing with real purpose and venom – including being out on the wing. But then it appears he downs tools, says ‘enough is enough’ and thereafter Rangers have a complete passenger on our hands.

Some of you might wonder why we are doing this article when we have ‘more important things to worry about’ – well plenty of the comments and readers and fans at large have complained about Windass in concert with us, so it is an entirely valid topic.

But more crucially, how is this underperforming kid retaining the jersey? If we remember last season, between April and the end, Windass seemed a puzzlingly-frequent selection by the-then new manager, with little reason as to why. His displays did not merit it, and they continue to fail to, so why exactly do we see him and not Nemane getting a chance?

Even Dalcio, as abysmal as he was back in the day, merits being given something akin to an opportunity – Windass’ form does not justify his untouchability at present, and while it is not the biggest problem on our hands, it is one which continues to contribute towards the larger picture.

And it needs fixed.