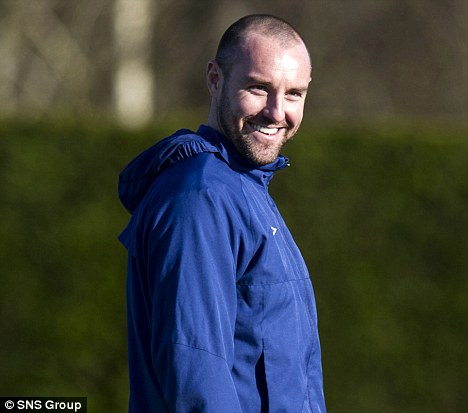 Scottish football fell all over itself to smear Kris Boyd when he prophetically told of Ian Cathro’s inappropriateness to manage.

Not just manage Hearts, but manage. “It is not FM on a laptop”, Boyd stated, and everyone around him, including many Rangers fans decided the guy was an idiot and did not have a clue.

Indeed, some Rangers fans actively canvassed for Cathro’s appointment at Ibrox, fans who believed the youngest top-flight manager seen for as long as we can remember would have the Gorgies playing like Barcelona, because he was a coach at Valencia and ‘discovered’ Ryan Gauld when at Dundee Utd.

But one freak result against Rangers aside, to call Kris Boyd vindicated is an understatement.

Ibrox Noise is not big on discussing other teams, but we felt we had to defend one of our own in the form of Boyd who took absolute pelters, frankly aggressive abuse from the game north of the border for daring to express an opinion.

He was right, simple as. Cathro was a disastrous appointment, and a lot of people owe Boyd an apology.

Being smeared just because he did not buy into the appointment as progressive or radical, but just wrong.

Rangers players who go into the media often become pariahs to the support when they express opinions fans dislike – and Boyd has become sadly maligned for daring to be honest.

But his biggest opinion, Cathro, got him the most abuse, and his forecast has been completely justified.

I suspect few will admit he was bang on the money with it.