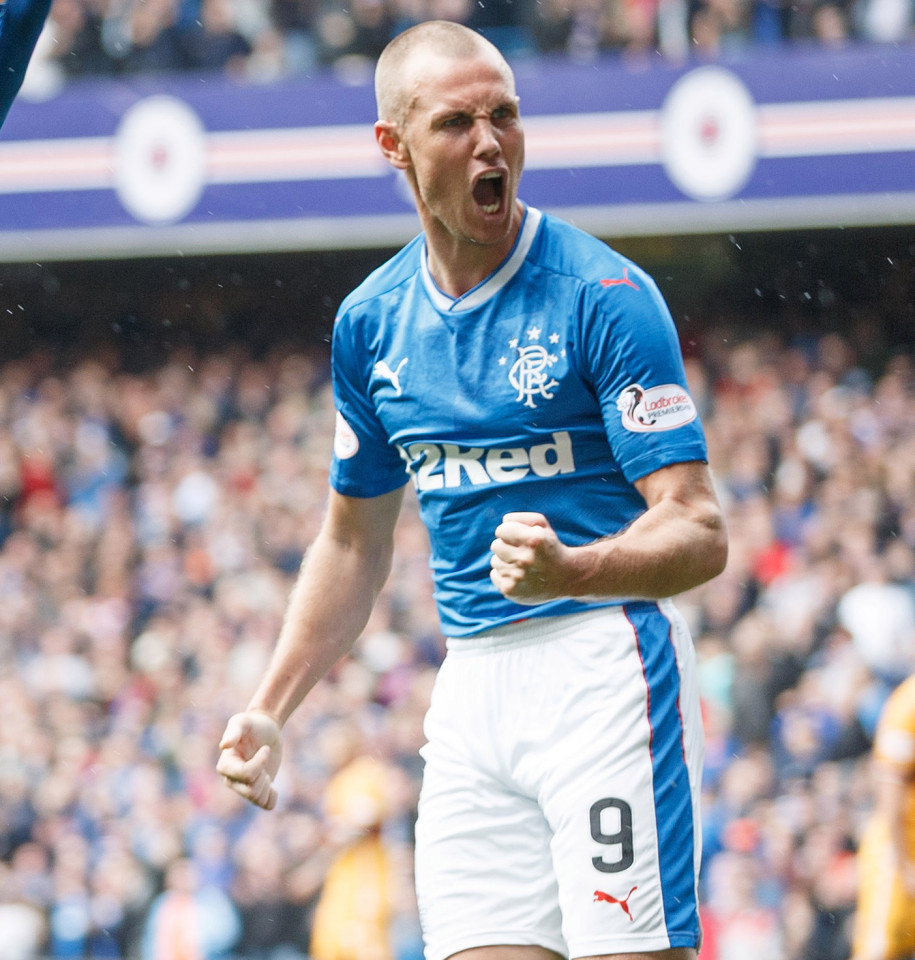 Something surprising has begun this past transfer window. Kenny Miller, vaunted by all and sundry up till the tail end of last season, has started to become a tad maligned.

Without quite going as far as ‘hero to zero’, the lad definitely has much less stock in the eyes of many fans than he did only a few short months ago.

If we look at his record last season, he was Rangers’ top scorer, pitching in with 11 strikes, and was directly involved with 18 goals in total. It is not woeful, nor is it stunning, but he did score momentarily big goals, such as the opening goal against Celtic in December, and the winning goal against Niederkorn.

Indeed, it is perhaps a reflection of how God-awful Rangers were that a 37-year old was our most reliable scorer, even if Ross County’s Liam Boyce scored over double his tally.

It has almost become something of a running joke in commentators’ eyes that ‘yet another big goal from Kenny Miller’ has gone in, as if it is a bad thing Rangers just scored.

But is it fair to say his popularity is on the wane, or does Kenny have as big a role as ever?

The shift in mood towards him of late has been noticeable – when his name was included in Sunday’s starting XI the groans from fans were quite palpable. Most sentiment was to wonder where Morelos was, or why Kranjcar was on the bench.

Yet, once again Miller popped up with the second goal, a fine strike against the Hillsborough side to contribute yet another big goal for commentators to have a giggle about.

It says much for how well Miller has looked after his body and his mind that he remains as good now as he did when he was five years or even ten years younger, but the paradox is how he seems slightly untouchable and a curiously guaranteed starter, much to supporters’ chagrin.

The overriding question from many is why sign Morelos if you are just going to stick with Miller? What chance does Joe Dodoo have if Miller will just start anyway?

And if we are critical and honest, Miller’s all-round play of the past couple of months has not been his best. He is still scoring, but many commenters have an axe to grind with his lack of positional discipline – for a striker, he comes very deep, very often, which arguably breaks flow when his presence is needed higher up. His lack of positional stability is a recently-acquired issue.

He also seems to have gained a bit of an irritable temperament, allowing anything and everything to wind him up – if Miller is one thing, it is not being shy to express displeasure.

And yet the lad is still scoring, still contributing, and still far from a washed-up has-been.

It will not stop groans when his name is on the team sheet, but this author sincerely hopes the slight discontent now does not turn into widespread frustration. Kenny Miller does not deserve to be booed or similar, like McCulloch experienced v Falkirk all those years ago.

Do not mistake me – I was miles off McCulloch’s biggest fan and wanted him out the XI like most of us, but booing one of our own was not pleasant, even if I did agree with the opinion behind it.

Miller ditched a cushy number in Canada, a well-paid gig to come back and help out his team in League 1. He has certainly earned respect. He has been part of our journey and a huge reason we are in the SPL again.

But Pedro Caixinha is on tricky territory here – he has to manage Miller properly, not overuse him or saturate fans with him, because inevitably supporters are a fickle lot and before you know it a few bad displays and the fans turn on you.

Keep him as a highly important yet sporadically-used striker – bring him on if and when the team is in trouble. Start him in a number of the lesser matches. And maybe some of the big ones.

Rangers do still need another striker, hence interest in Steven Naismith, Louis Moult and the like – once one arrives, hopefully the reliance on Miller will dissipate and he can be used when needed. Until then, yes, it is likely we still see a heck of a lot of Miller.

And that is not a dreadful thing.