Home Rangers What can Rangers do with under a month to go until the... 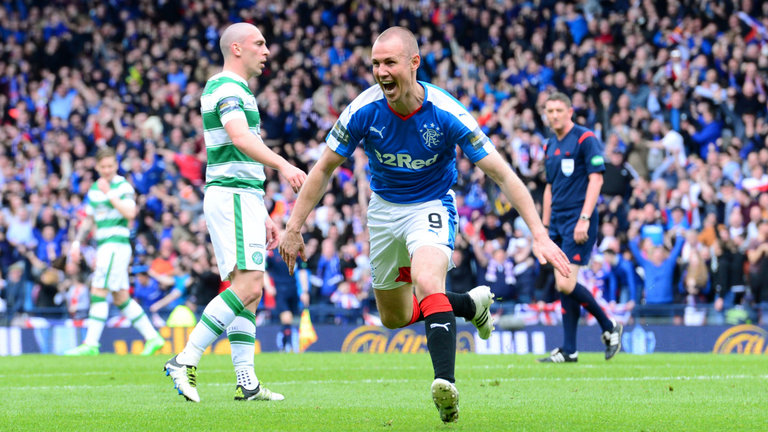 With the first Old Firm derby
of the season just under a month away we are looking at Rangers’ start to the
season and upcoming games for Pedro Caixinha’s men heading into undoubtedly the
biggest match in world football!
Rangers will be keen to improve upon their third place
finish last season and look to challenge Celtic for the title. With the mighty
Gers having spent more than Celtic this summer, as well as bringing in players such as Graham Dorrans and Bruno Alves on free
transfers, expectations were high heading into the new season.

Having been knocked out of Europe, Caixinha’s men started
the domestic season well with a 2-1 away win at Motherwell and then smashing
Dunfermline 6-0 in the Scottish League Cup. However, those impressive victories
have been followed by a disappointing 3-2 defeat against Hibs at home, and then
a dour 0-0 draw against Hearts.

The mood amongst Rangers fans has understandably dampened
after the previous two results. With early points being dropped, the team will
now be playing catch up to the teams at the top of the table, who have taken
the initiative in the opening fixtures. The confidence from earlier in the
season has transformed to uncertainty surrounding the morale of the team, as
well as questions from the press about the manager’s future.Some betting sites have Celtic as strong favourites for the title with Rangers currently coming in at 25/1. A run of
victories will be needed for these odds to shorten.
Luckily for Rangers the upcoming fixtures against Dundee and Partick Thistle
provided an opportunity to go into the match against Celtic with some momentum.
Both Dundee and Thistle are yet to register a win so far this campaign, and the
Gers should be looking to capitalise. With the team already dropping points
this season these fixtures already fall in the ‘must win’ category, and it will
be interesting to see how the team copes with the pressures of these fixtures
considering the team all too often retreated into their shell last season when
faced with challenging moments.
With many questioning Caixinha’s credentials for the role,
and with the indifferent start to the season, these two upcoming fixtures
provide an opportunity for the Rangers players and staff to show their worth.
Motivation shouldn’t be a problem considering the previous two results. The
fans want to see one hundred percent commitment from the players. We need to go
into the game with the right attitude and start both matches with a high level
of intensity, hopefully grabbing an early goal. The performance isn’t
necessarily key; it’s all about taking maximum point into the game with Celtic.
Victories breed confidence, simple as that.
Rangers only once won more than two games in a row last
season, which is inexcusable. This season there needs to be an increased level
of consistency from the side. At this stage early stage, a few wins on the
bounce can catapult Rangers up the table. Granted, you can’t account for
refereeing decisions in the defeat to, but the conceding three goals at home
isn’t good enough, and defending will need to improve to become a more
consistent side.
Historically, Rangers have a fantastic record against Partick Thistle with
the Gers last loss coming twenty-four years ago. This stands us in good stead
going into the fixture. Thistle confidence should be low, and we should
realistically have too much quality for them to handle. Dundee on the other
hand recorded a famous win against Rangers last season, however have made a
woeful start to the season sitting at the foot of the table having conceded
seven goals in three games.
The Old Firm fixture falls at an interesting point in mid
September. Celtic will be having to contend with Champions League group stage
fixtures, and may be ranking up the injuries, as well as the air miles! There
is no doubt that Celtic are looking strong at the moment and Rangers will have
to be on top form to compete, but if we can get two good wins under our belt
going into the match, then Ibrox will be bouncing. A win against Celtic at Ibrox will put to bed any memories of an indifferent start to the season, and hopefully act as a
springboard for the Gers to push onto challenging for the title.