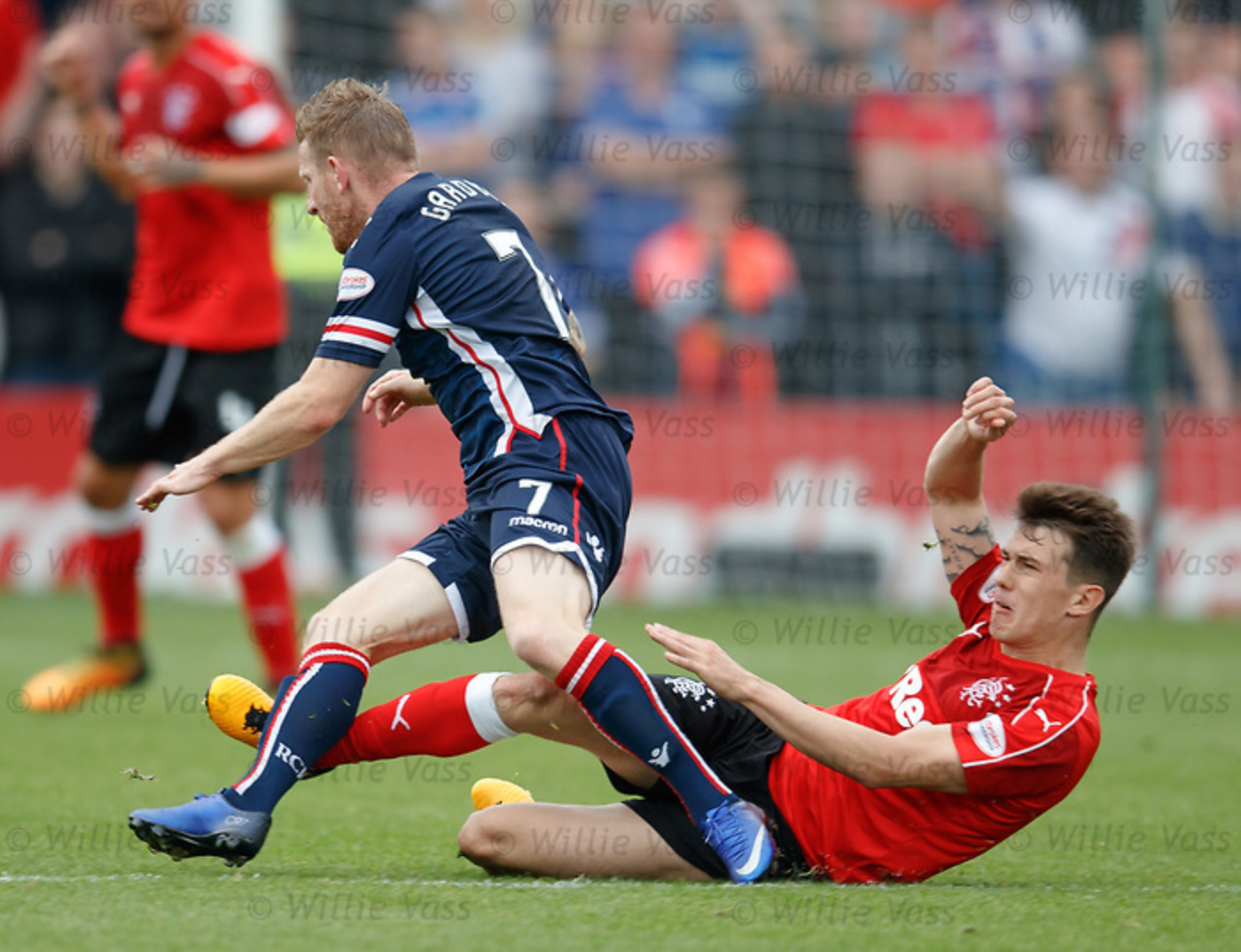 When Mark Warburton brought in Joey Barton, Jordan Rossiter and (we thought) Matt Crooks last summer, Rangers fans believed we not only had a long-awaited solution to defensive midfield, but were now in fact embarrassed by riches there.

As we know, it worked out nothing like that, with Andy Halliday continuing to fill that role as Rossiter laid out injured, Barton laid back out to England and Crooks, it transpires, is not even a defensive midfielder, as testified by the man himself.

It has been a real problem – finding someone to protect the defence while being able to play a bit too. And while there have been more than a few criticisms of manager Pedro Caixinha, he was absolutely dead right to make Ryan Jack his critical 100% priority summer signing.

Before anyone else, it was plain for everyone to see Rangers desperately needed an anchor man they could trust, and a leader for others to be inspired by.

While Jack has not quite yet earned a place in the Hall of Fame by any means, the last two displays from the former Aberdeen captain have seen a substantial improvement in his form.

He seems infinitely more involved, is starting to impress himself on matches, and is breaking up more and more plays before they get to defence.

A few still get through, of course, he is only human, but this 25-year old former Scotland youth international is starting to really look the part after a bit of a slow start to life at Ibrox.

Against Hearts he was probably Rangers’ best player, having easily his best match since arriving from Pittodrie, and yesterday he stood out again – quietly mopping up a lot of central attacks, helping out Candeias, Tav, Wallace and Niko on the wings by providing support for them in both defence and attack, while managing to feed the ball to the likes of Dorrans and Miller as often as he could.

His reading of the game is improving by match – in the early few he was struggling to break up attacks, but as time has gone on he has adjusted more and more and yesterday we saw a significantly greater number of opposition moves broken down thanks to his interventions.

He has a long way to go of course before he is anything like the level we expect, but Ryan Jack is going the right way about getting there now.

Caixinha has received a great amount of criticism, much of which has come from this site, but credit where it is due; making a DM like Jack the summer’s most high-priority signing was an excellent move and as the midfielder attunes more and more to his new team mates, he can only improve.

And that works for everyone.