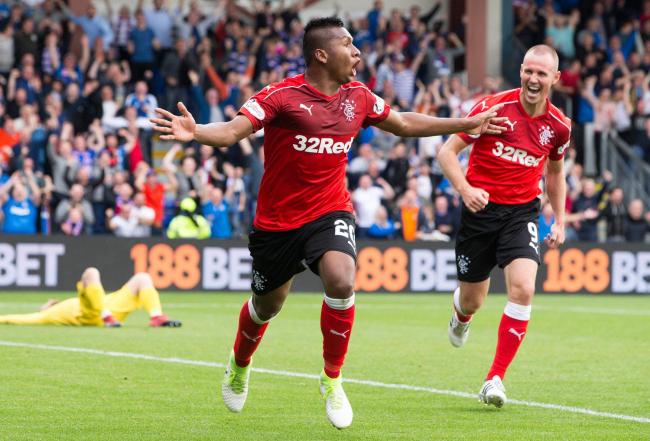 Many find it hard to omit Super Ally’s managerial reign at Ibrox from memory – it was not the best time, and when assessing his status at Ibrox a lot of fans frequently point to that dire period in judgment.

Yours truly, however, prefers to look at his incredible playing career, and how much of a legend he was on the pitch for Rangers, with a goal scoring ability without compare.

Rangers have achingly lacked that kind of striker for a very, very long time – the last time we had a reliable front man was way back when with Nikica Jelavic – while his miss v Malmo really let the side down, overall he was an amazing Walter signing and did a grand job.

But since then? No one. No one has delivered up front – not until the arrival of one Alfredo Morelos.

Let me caveat this by agreeing that our opponents this season have not been spectacular. Our hardest match was against Hibs, who have fallen away, so we accept that the opposition was not vicious – but equally Morelos scored against Lennon’s side anyway so the point is moot.

But being objective? Morelos is fitting the Super Ally archetype perfectly. Right place right time seems to be his absolute mantra, with a truly excellent knack of reading the passage of play and following the ball while getting in the right position behind the defence to exploit space.

He has not yet scored a truly ‘spectacular’ goal but he does not need to – Ally rarely did. The style of the two is very similar but Morelos has strength his illustrious predecessor did not – nicknamed the ‘Buffalo’ (for obvious reasons) he is a physical unit alright – able to hold play up and fend off defenders, winning more than his fair share of free kicks in the process.

But that knack of goalscoring instinct is something you cannot teach.

Indeed, fans are impressed by the Colombian – only a few games into the season and the traditional White Stripes’ Seven Nation Army theme has been devoted to ‘Al-fredo-More-los’ and rightly so – this lad is delivering and justifying Pedro’s faith in him.

We hyped Morelos up and while his start to life at Ibrox was definitely a bit slow, he has picked up and improved significantly and is now free-scoring.

A genuine 25+ striker has been glaringly absent for far too long, and Morelos is absolutely 100% that kind of goal-getter.

Harder tests await than County but these bread and butter matches are the ones we need to keep winning – and Morelos is doing his best to ensure we do.