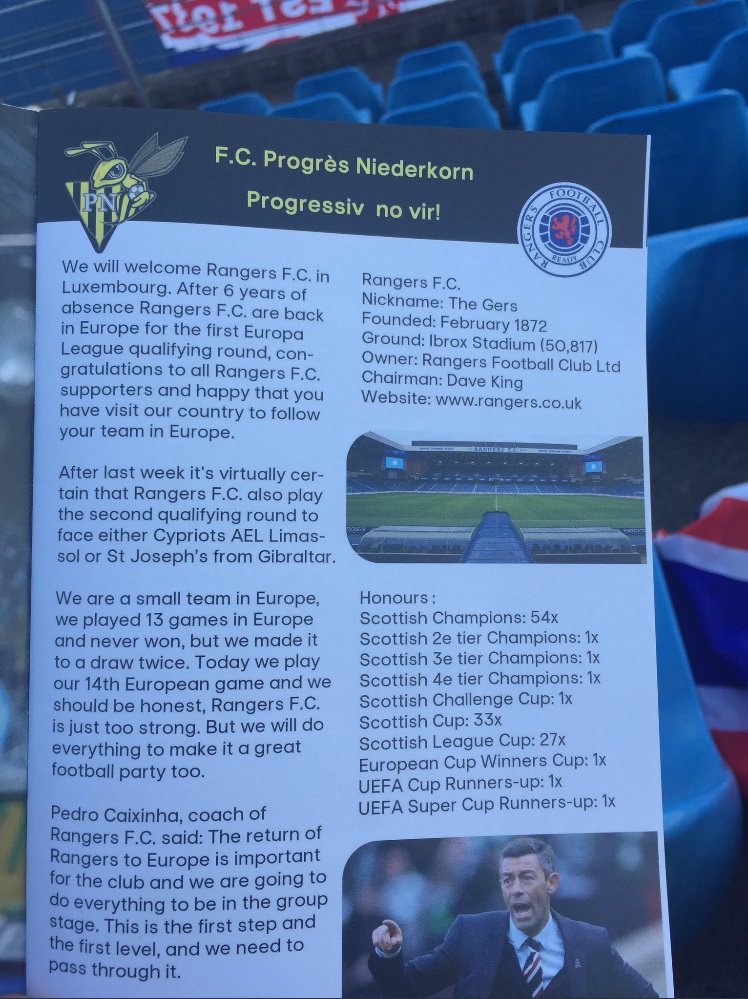 Rangers’ European despair has been compounded by the emergence of the Progres Niederkorn pre-match program on social media which conceded Rangers will win and were far too strong for the ‘likes of us’, in effect.

The pamphlet released to fans at the Josy Barthel in Luxembourg has embarrassingly damning and defeatist comments and admits that their team has no chance and they are too small.

“After last week it’s virtually certain that Rangers FC also play the second qualifying round to face either Cypriots AEL Limassol or St Joseph’s from Gibraltar.”

Interesting that Progres conceded defeat already having only lost 1-0 away from home while suggesting St Joseph’s have a chance after losing 4-0 away.

The program goes on:

“Today we play our 14th European game and we should be honest, Rangers FC is just too strong. But we will do everything we can to make it a great football party too.”

It makes for painful reading and only highlights further the nature of how bad Niederkorn are and how Rangers’ loss there has to seriously compete as the club’s worst defeat of all time.