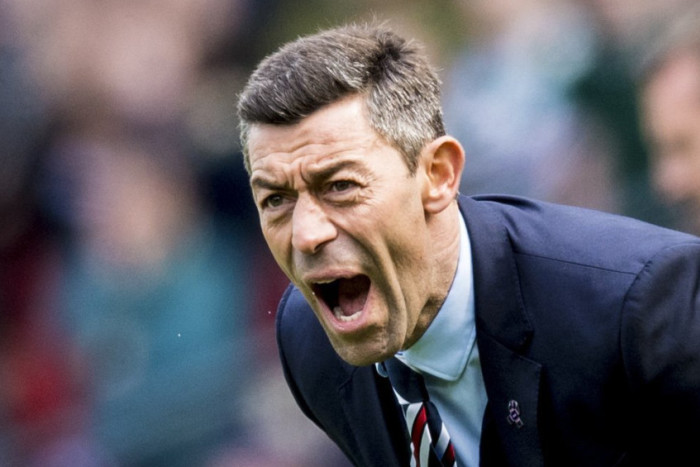 Many of our readers are ‘fed up with the negativity’ and are unhappy with us being so castigating of Pedro Caixinha so early into his regime. We should ‘give him time’ and ‘let the players gel’ they say.

Well, we are sorry but we are not buying this. In no world that I or any of my colleagues recognise can losing to a part time outfit from Luxembourg ever be justified as a ‘work in progress’. We have even been met by the ‘only two weeks together’ nonsense as if that allows these players and this manager some slack against the worst opponents they will ever face.

Odd then how even Warburton’s abysmal Rangers rather strolled against Motherwell, Annan and other weak teams last summer without conceding a goal in the pre-season campaign which saw the League Cup begin only 10 days later than Tuesday night’s abomination against a side of the same quality or arguably inferior. Did not see anyone complaining about the players like Kranjcar, Windass, Hill, Barton, Hodson and Gilks et al failing to gel despite being signed only weeks earlier.

No, there are deep-rooted problems under this manager, so deep rooted that even Warburton’s dire SPL Rangers regime somehow manages to look better.

But the truth is Pedro Caixinha has managed to oversee three of the worst results in the club’s entire 144-year history. Maybe definitively three of the four (including Berwick). Defend him and ‘give him time’ all you like but the results and the displays speak volumes. When it was Warburton’s players it was ‘judge him when he signs his own’. Now his own are evidently not up to scratch it is ‘give them time’. So, when/if a couple of months down the line and Rangers remain ghastly what then is the contingency explanation?

And those three results I alluded to?

First Celtic came to Ibrox and took Caixinha apart – 1-5 in the worst Old Firm result ever seen in Govan. The performance was tragic, the score entirely justified. It still hurts too much to even discuss in detail.

Then secondly Rangers lost a proud 26 year old unbeaten run against Aberdeen at Ibrox when Derek McInnes’ men came to Govan and took all three points back to Pittodrie for the first time since 1991. An abysmal performance again under Caixinha saw his side surrender one of the most important records, a record close to fans’ hearts such is the lack of love lost between ourselves and the sheep.

Then Tuesday night. Losing to a team barely any better than a lower Scottish League One side.

Dave King might have happily slagged off sites like this who dare criticise anything about Rangers, or those on social media who make comments, implying ‘these people are not true supporters’ (while happily taking our season ticket money, merchandise cash, RTV money), but if he thinks he can get away with saying such things while fans are melting as we speak over what has been happening on the pitch in recent months, then he has shown himself to be completely out of touch with what Rangers fans expect, and are.

God help him had he been around in the 9IAR days when fans screamed blue murder at even a draw against an Aberdeen or a Celtic – were we filled with those non fans then as well?

Fact is under Pedro Rangers are in a terrible state.

And most of the fans can see that.