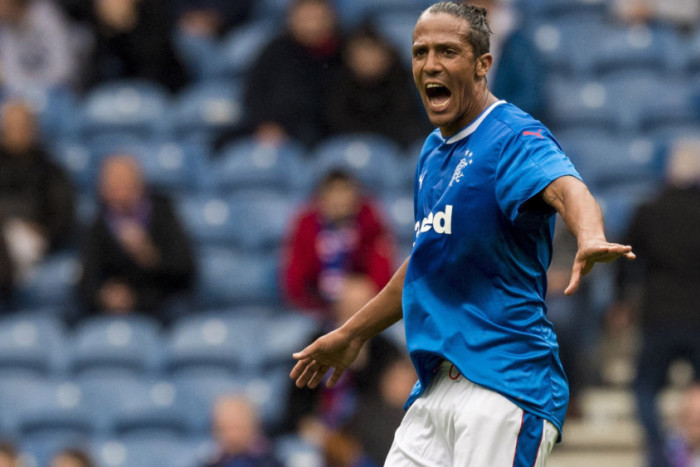 If Rangers have lacked one thing over the past five years (and let us face it, it has been more than one thing) it is a defence.

Gone are/were the days of David Weir and Carlos Cuellar, and more recently, the likes of Carlos Bocanegra and Dorin Goian – instead Rangers fans have had to suffer a multitude of inferior stoppers like Lee McCulloch, Emilson Cribari, Ross Perry, Darren McGregor, Bilel Mohsni, and of late, Rob Kiernan.

Indeed, fans used to past titans like Richard Gough, Terry Butcher, John Brown and the like were forced to get used to such bang average (or worse) defenders representing the Rangers in recent years. Never have Rangers been more insulted by Emilson Cribari briefly wearing the captain’s armband.

This all changed when manager Pedro Caixinha persuaded Bruno Alves to give up the sun of Italy and a cushy gig at a very solid Serie A side in favour of the howling wind and rain of Govan. Of course it is the Famous Glasgow Rangers, and the name alone is globally famous, but the attraction has sadly taken a bit of a battering in recent times and securing the quality we should has been more difficult.

And yet, the Portuguese international and ex-Fenerbahce, Zenit and Porto stopper signed up pretty snappily to become one of Caixinha’s earliest recruits, and to say it was a jawdropping signature does not do it justice. His CV was one thing but this guy was still doing it at the top levels of world football, and while opposition SPL fans tried to deride the signature as an old and past it duffer, Bears knew, Bears knew.

In fact, one comment on the site tried to say he was Rangers’ Kolo Toure – a washed up has been who cost a lot and was not any good any more:

Any critic who watched yesterday’s display against Marseille must have been eating humble pie or feeling sick to the gills – yes, at last, Rangers have the quality of defender more traditionally associated with the club, and a true leader at the heart of Rangers’ rearguard.

The bank of four with him in it was like a shoal of fish, moving completely in sync with each other – there is work to do, and much time to go before we can completely trust yesterday’s sample, but my God it looked promising.

It was the first time in five years Rangers appear to have a defence, rather than a hodgepodge of random stoppers bundled together in the hope they work well.

As much as we like Danny Wilson, he simply is not in Alves’ class, and may even be short of his partner Cardoso too. That is clearly Rangers’ first choice pairing and incredibly looks the level we expect.

Us fans got so used to rubbish in our jerseys, trying to justify guys like Kiernan, McCulloch et al, when the bare fact is they were substandard defenders for a club of Rangers’ size. Naturally I must emphasise that overall McCulloch was a decent servant for Rangers, regardless of some of the abuse and criticism he may or may not have got, but a defender he was miles off being.

Alves’ and Cardoso’s performances too rather highlighted the lack of depth Rangers have there, and the lack of quality in deputy. We still remain unconvinced by young Bates, albeit he may prove himself in time, and Wilson’s cameo yesterday was a bit of a flat-footed disaster, so it is an area Rangers do still need one or two new additions in.

But nevertheless, what a nice feeling it is to have a central defender like Alves in our side; Rangers fans can begin to embrace trusting our defence again, and hopefully it stands the test of time.