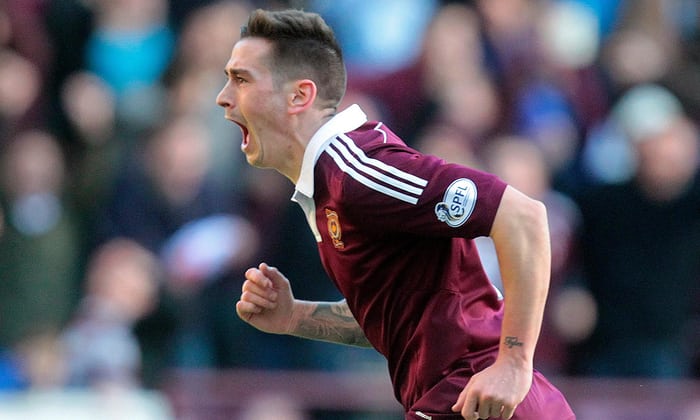 Jamie Walker’s switch from Hearts to Ibrox appeared closer today when the winger was conspicuously absent from Hearts’ friendly win over Livingston.

Reportedly picking up ‘a slight knock’, the Gorgie attacker has made no secret of his desire to join Rangers, but Hearts have played hardball over the transfer fee, apparently seeking a seven-figure fee for his services.

Rangers are said to only have offered around £500,000. But with the flanker suspiciously absent from their matchday squad against the Tony Macaroni men, it only heightens speculation that his move to Ibrox is getting closer.

Hearts put out a public notice about which players were not involved, and named a number of new signings such as ex-Rangers man Kyle Lafferty, but no mention of Walker’s absence was made.

Whether the 24 year old now gets his dream move will emerge soon, but chances may have improved following today’s events in Livi.