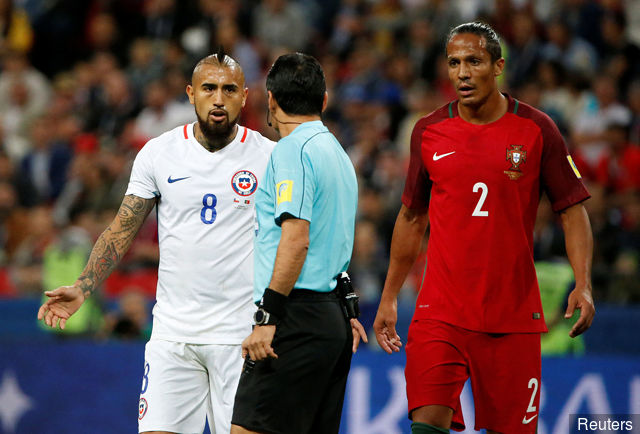 With July now well underway in earnest, Rangers manager Pedro Caixinha confirmed that new signing Bruno Alves is at least two weeks away from joining up with the Rangers squad, which forces the conjecture that fans may not start to see the summer’s star capture at anything like his best until next month.

With Alves’ busy June and early July occupied by FIFA’s Confederation’s Cup, the 35-year old former Zenit and Porto stopper has been without a significant break bar Italian football’s traditional 16 days over winter, and with summer normally being a break for players Alves naturally had little time off with the Confederation’s Cup taking up his calendar.

He played four matches for Portugal and Caixinha has confirmed that he needs a break:

“Bruno (Alves) needs a couple of weeks off. We are just finalising his plan.”

This suggests he will not link up with the squad until around the 20th of the month, leaving it quite possible, regardless of progression in the Europa League, that fans might not actually get to see him in Rangers’ colours till the opening day of the SPL season at Fir Park on the 5th of next month.

The second round of the UEL begins on the 13th while the second legs of the ties are on the 20th. If Rangers do indeed make it Alves is unlikely to make either of those.

A bit disappointing but hopefully there are indeed European matches for him to miss.