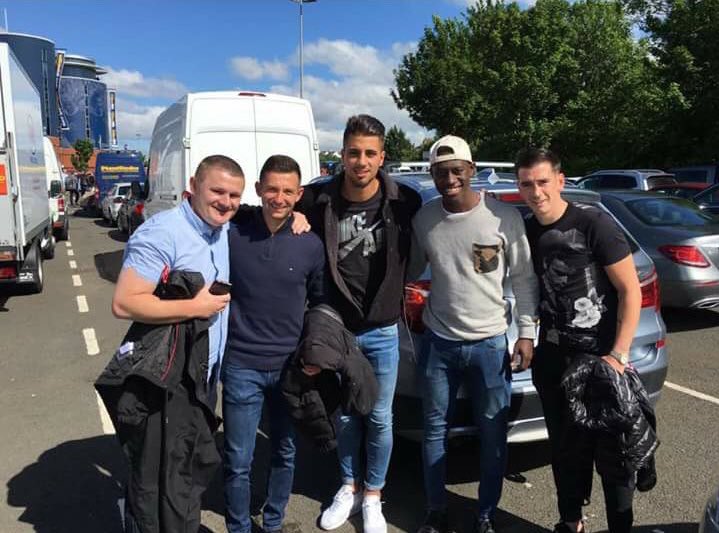 With Rangers having already secured five players in earnest for the new campaign, attention has turned to the ‘nearlies’.

There are five players who seem tantalisingly close to joining the ranks at Ibrox, which would essentially make an entirely new team from the one which performed so dismally last season – and only the full back areas would still require work.

The near-half dozen potentials who appear tauntingly close to signing on the dotted line are:

Eduardo Herrera, a 28 year old Mexican forward currently still technically strutting his stuff for UNAM. He arrived in Glasgow 11 days ago but after passing his medical and agreeing terms, a permit is yet to materialise and is all which stops the ex-Santos Laguna man from clinching his move to Govan.

Carlos Pena, similarly another Mexican, aged 27, and with a ‘reputation’ to put it kindly. Nevertheless the international midfielder is in the same boat as his compatriot, and is waiting for the permit to manifest itself. Once done, he too will get his switch.

Then there is Hearts’ Jamie Walker. Confirmed yesterday that Rangers have made a formal approach for the 23-year old winger who has made it abundantly clear he is leaving Tynecastle, Ian Cathro and the Gorgie side rejected Rangers’ first bid of around £500,000, making it similarly abundantly clear they want double that. We will see if Pedro goes back for a second bite at the cherry.

Next is Graham Dorrans; Rangers have reportedly agreed a fee with Norwich, but not how it will be paid. The bid was allegedly around £1.2M, but the Ibrox side appear to wish to pay instalments and the Canaries are not too susceptible to this. Terms between Rangers and Dorrans were sorted long ago and it just seems to be down to both sides agreeing on fee and payment ‘structure’.

Lastly is Alfredo Morelos; the Colombian 20-year old striker looks the real business and has been compared to Falcao and Ronaldo. I would not take this overly seriously given Zelalem was compared with Xavi and Iniesta, but nevertheless the stats speak for themselves. He has already flown into Glasgow to discuss terms with a medical reportedly pending, and this one appears close to completion.

Should Rangers have a productive few days, Pedro’s summer business could be at 10 by Monday.