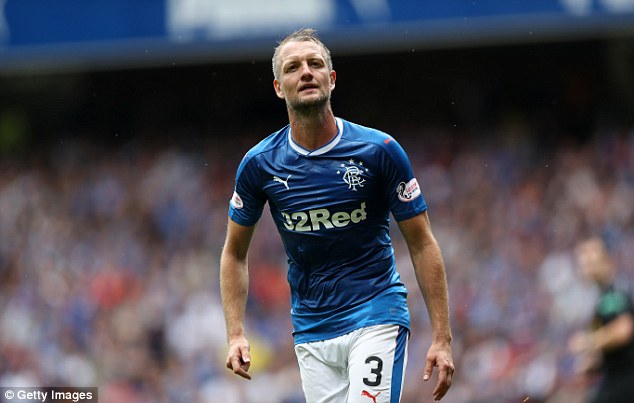 If one thing has been left as clear as mud this transfer window, it has been official announcements of departures. While incoming players have flown thick and fast through the doors at Ibrox, news of those going in the opposite way has been surprisingly sparse after all the hype over who would be off.

So Ibrox Noise can take you through those who have definitely left, and those who surprisingly have not.

We can confirm the worst-kept secret in the book, that Clint Hill and Philippe Senderos have absolutely, unequivocally and completely departed. That is the easy stuff. It was never announced on any level, but it is quietly official.

More intriguingly though are the players who remain most definitely on Rangers’ books despite intense speculation linking them not only with a switch away but appearing to suggest they had already gone;

Rob Kiernan remains 100% registered as a Rangers player – his contract has not been ripped up (yet) and presumably work goes on in earnest to find him a new club. He is not part of Pedro Caixinha’s plans but for anyone thinking he was already gone, he is very much still here.

Matt Crooks too remains a Light Blue despite Scunthorpe opening talks about a permanent move down south. The defensive midfielder is in a tricky position due to injury and there is no prognosis for recovery – in his case he has to play the waiting game and hope he can get fit in time before the window closes, in order to pass the medical. Until he is fit, or fit ‘enough’ that appears to be on hold.

Meanwhile Northern Ireland’s Lee Hodson is also still a Ger, even though he does not appear to be in Ped’s plans for the new season; and the right back is accompanied by Harry Forrester who was linked yesterday with a switch out. Despite being essentially frozen out this entire calendar year, Forrester remains contracted and for the time being, a Bluenose.

Michael O’Halloran is also still on the books, and indeed has been heavily involved in pre-season training. He could yet have a role to play under Pedro, as long as those curious negative episodes of the past cease. Speculation linking him with a move out has definitely faded of late.

The Barrie McKay situation has been well-documented but the winger remains a Ranger – fans are divided over him, but if he was to stay, he would have to seriously up his game; as would forward Martyn Waghorn – the hugely-derided attacker had an atrocious season last year, out of his depth and struggling to convince, but for now the ex-Wigan man is still in Rangers’ ranks despite heavy rumours he was a target for various lower-league English sides.

Last but not least Joe Garner – he has been linked with a move to Ipswich, and with press reports claiming he has undergone his medical, the ex-PNE man was notably absent from Monday’s training session – but until the move goes through he remains a Bear at the time of writing. Although probably not for a lot longer.

Some of this is stating the obvious, true, but Rangers’ lack of officially wishing the likes of Senderos and especially Hill the best in their future careers was a bit odd.

Still, the rebuilding is heavily underway – but Rangers still need to shift a lot of dead wood or risk having a ridiculous wage bill for a glut of players who are not even wanted.