Home Rangers Should Rangers make a move for this Slovenian international free agent? 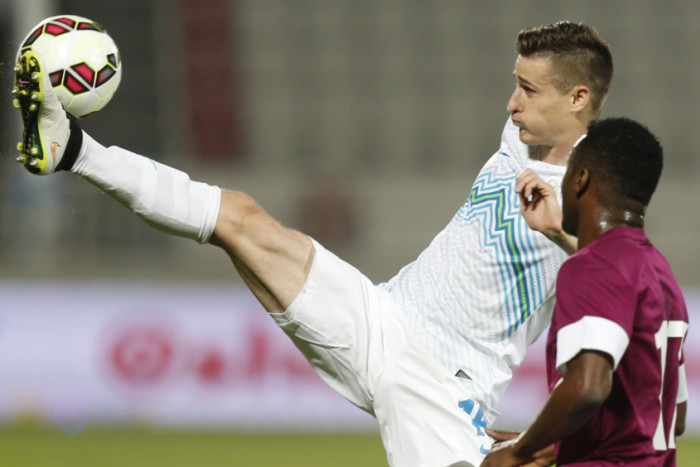 Andraž Struna the 28-year-old 6’ 1” Slovenian international right back, left back or defender, has left Heart of Midlothian as a free agent. He was offered a deal by Craig Levein and Ian Cathro to stay and play his football in Edinburgh, but he declined their final offer.

Struna has the confidence to be offered a much better deal from one of the better teams in Britain. He knows his own worth and feels that he has so much more to offer a top class side over the next few seasons.

“We had some positive talks with the club and with the manager. In the end, we didn’t reach an agreement. I didn’t accept the proposal. It was my personal choice. Everything was very positive from both sides about each other, but it was my choice not to accept and to move on. From the talks, we understood the situation. I knew I had interest from other clubs and in this position I chose to make this decision. At the moment, I have a lot of interest from other clubs. There are several teams from Europe and Britain. I expect my agent will deal with that. I hope soon it will all be set up for me signing with a new club.”

On 18 January 2017, he signed for Heart of Midlothian on a short term deal to try and impress other UK teams.

He has enjoyed his short time in Scotland and the defender reckons he has all the ingredients to be a success away from Tynecastle.

Hearts saw Struna as a straight replacement for crocked Callum Paterson and he said:

“I’m an attacking full back and I think I’ll be a good fit based on the ideas presented to me by the club and the head coach”.

If Rangers could sell Lee Hodson for a few bob, then the Struna signing for a free would make sense and especially, for a much lesser pay package into the bargain.

If Rangers have any chance of competing for the title next season Tavernier simply cannot be Rangers’ right back as his defending and positional sense is absolutely DIRE! For me – Tav is either a wing-back or on the substitutes’ bench.

Struna is an athletic, modern-day full back, who thrives at getting the ball down and driving forward at pace. He also possesses a neat touch and quick feet and at 6’ 1”, the defender could also help to eliminate our aerial weakness during the last few seasons.