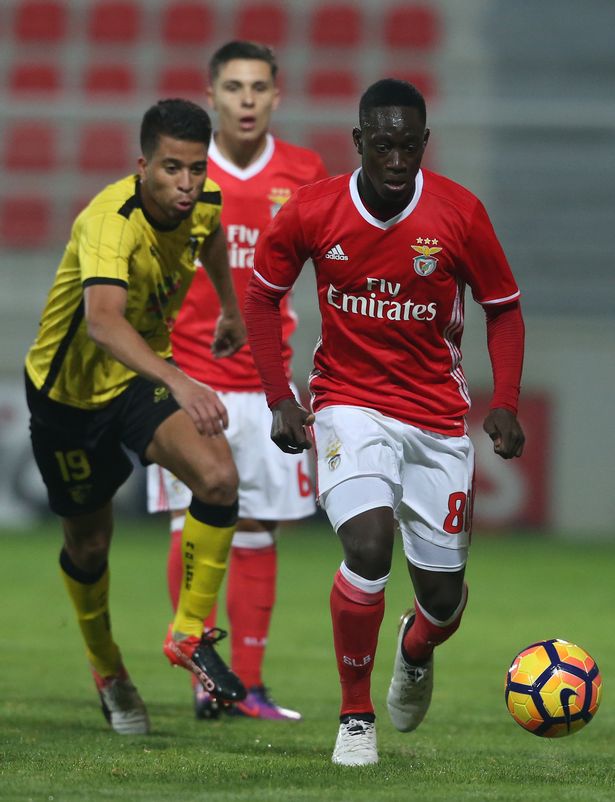 Dálcio Gomes just turned 21 last week and is a 5’ 10”, extremely versatile forward who seemingly can play anywhere up front. He is obviously showing great potential to Rangers’ Ped the Ted and his manager’s agent, Pedro Mendes. As a result, Rangers are keen to bring him to Ibrox on a year long loan from the Benfica B team.

They have obviously convinced the owner of Benfica that they can use the talents of the youngster in as many first team games as possible. If he does the business in the SPL, it will set him up for a higher standard of league in which to play. The SPL is certainly an ideal place to showcase a player’s talent and also to toughen them up for playing in bigger and better teams.

Dálcio is reported to be a star in the making and it is felt in Portugal that a season with a team that will commit to playing him fairly regularly when he is fully fit and playing well would be the best option for the young lad.

Going to another country is not always easy, but with a Portuguese manager and a few other players still to sign from Portugal, it should be enough to help him settle in Scotland. There is also a regular flight to Lisbon from Glasgow via a well-known airline and that should also help him with his new life at Rangers.

On 18 January 2015, Dálcio made his professional debut with Belenenses in a 2 – 0 win in the 2014–15 Primeira Liga match against Gil Vicente. He went on to play 16 games in their first team. Their home games are played in the 19,856 seater
Estádio do Restelo in the Belém parish of Lisbon, so the idea of strutting his stuff at Ibrox to a 52,000 full house should prove to be a huge thrill for him .

In the 2015–16 season he joined defending champions Benfica, but agreed to stay with Belenenses on a one-year loan deal to gain more experience. In January 2016, he returned to Benfica, to join the reserve team in the Segunda Liga.

If Pedro gets this one over the line, the Rangers fans are certain to look forward to seeing how the signing works out.