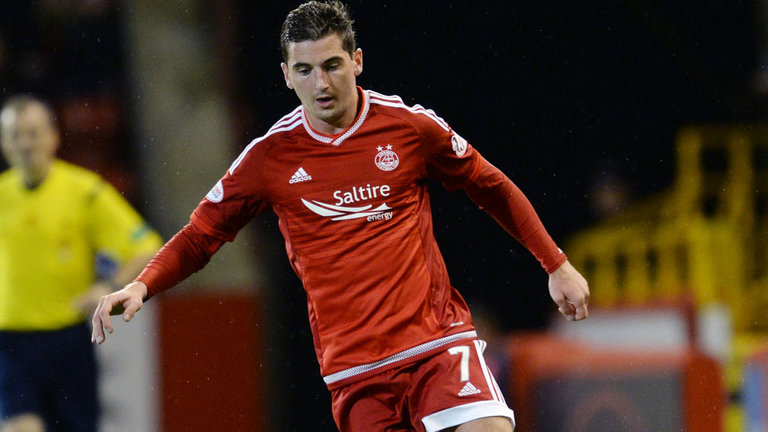 After pulling off the impressive signature of Ryan Jack, Rangers have been heavily linked with his former team mate Kenny McLean, with many believing the Aberdeen midfielder is a sure bet to be one of Pedro Caixinha’s latest recruits as he sets about rebuilding Rangers into something like what fans expect.

The Dons’ engine room man has been one of their many success stories of recent times, just like the one which persuaded Pedro to court Jack and bring him to Ibrox and the ex-St Mirren midfielder is very much on Rangers’ radar.

The midfielder is equally capable on the left, and that is currently a problem area for Rangers with only really Barrie McKay for that position, and with the young winger’s future up in the air, and the common belief he will be sold for the right price doing the rounds, McLean may have already been earmarked as a replacement.

One thing is for sure, Caixinha has not hung around post-season. Many have argued against his ability as manager of Rangers Football Club, this site being one of them, but few can deny the efficiency with which Rangers are doing business this transfer window.

Already Alves and Jack have been paraded at Ibrox, and Caixinha is linked to a dozen if not more as of present, and it seems when one deal starts to stall or fade, management move on quickly to find a suitable alternative.

On that basis, the likes of McLean, Jamie Walker, Graham Dorrans, Vladimir Weiss and Daniel Candeias have all been mentioned for Rangers’ creative spark, on top of what is already there in the form of Niko Kranjcar and Josh Windass.

It is naturally unclear how many will actually become signings, but with the likes of McLean looking very possible, Rangers’ summer business looks quick, efficient and credible for the first time in a long time.

Having a midfield of Jack, Rossiter, Kranjcar, McLean, Pena et al is absolutely the right direction, and it is certainly more inspiring than previous summers.