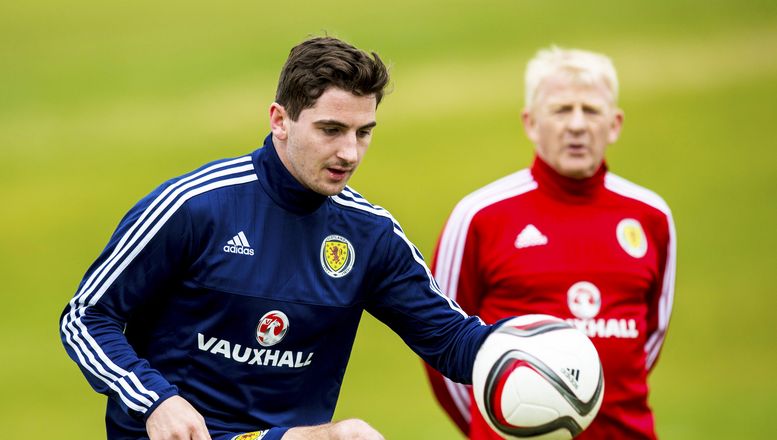 Article by: Ibrox Noise
Few Bears can remember a transfer window this efficient. We
have witnessed eventful windows in the past, such as ‘99s glut of incoming
under new manager Dick Advocaat, and 2012’s certainly saw a lot of activity, if
not ‘good’ activity, as did last summer, but there has been something clinical
about how eight players have been signed up over the course of barely three
weeks.
With that all said, Ibrox Noise takes you all through the
latest rumours, incoming, outgoing and general gossip about the personnel side
of the club as it stands:

With eight players in, the bulk of work here is clearly
done. Rangers remain threadbare in fullback, with claims that area is being
looked at, and hopefully that comes to pass. But what else is happening?
Jamie Walker:
This one has gone cold. Hearts have not budged from their
asking price, with it said to be a million plus, and Rangers have simply
refused to up their bid significantly from the last reported value of £650,000.
The lad wants to come, and would probably play for free, but until Rangers bid
what Hearts allegedly want, it will not happen. Yes, they probably hate us
enough to rather lose him for nothing than sell him ‘cut price’ to the BIG BAD
RANJURS.
Graham Dorrans:
Information earlier in the window suggested the Canaries had
accepted a bid from Rangers, with only a medical to go, but that was clearly
false. As were media reports that there was disagreement only on how the fee
was to be paid, not what the sum was. None of this has transpired, and the deal
looks, for now, dead in the water, unless someone budges. The odd thing is why
Rangers are haggling so tightly over these two deals for two lads who are
clearly desperate to play for us, but more loosely handed over millions plus
for the likes of Cardoso, Pena and Candeias. Maybe Pedro does not value either
player the way their clubs do.
Kenny McLean:
News of Rangers’ interest reportedly stepping up broke late
last night, with the Dorrans deal hanging in the balance if not a completely busted
flush yet. Hence attention has apparently turned to Aberdeen’s 25-year old
midfielder, who is currently interesting ‘Arry’s Birmingham as well. The
Scotland international is highly regarded in the Scottish game, very much being
a ‘Dorrans’ type of player and if Rangers were to end up with him rather than
the Norwich star, it would not be the worst outcome.
Vurnon Anita:
This one has surfaced over the past 24 hours with claims
Rangers are interested in the midfielder, who is a free agent having been
released from Rafael Benitez’ Newcastle. The Dutch 28 year old is the first new
name in a while and would be a stunning signing if Rangers can pull it off, and
would give the top quality and reliable DM Pedro is crying out for while being
able to fit in at full back as well.
Outgoing:
The stories are going a little cold on this front. We are
three weeks into the window and the only dead wood shifted, excluding out of
contracters and loan players, is Joe Garner. Hopefully the bulk of the
following still happen.
Lee Hodson:
Said to be interesting Charlton, the right back has never
been favoured at Ibrox and likely never will. He will likely leave if a decent
bid arrives.
James Tavernier:
Said to be interesting Preston, the right back divides fans
significantly, but seems equally to be a first choice as well. His future is
questionable but reports were that he would be let go at the right price.
Rob Kiernan:
Linked to PNE along with Tav, Rob has been a disaster of a
CB and we would probably drive him to the airport ourselves. We just want rid
of him, plain and simple.
Josh Windass:
Hull were said to be lining up a £500K bid, but nothing has
yet materialised, and Fleetwood, Peterborough and MK Dons’ interest quietened
when word spread that Windass was not interested in EFL League One.
Jordan Rossiter:
A strange one, a claim was made in the press that his future
was in doubt despite having a fine pre-season by all accounts; we would rather
Pedro kept this lad and built the team around him assuming he can hold fitness.
But that fitness remains a key doubt.
Matt Crooks:
Just waiting to gain fitness so he can make the move to
Scunthorpe a permanent one, going by reports. Simply never been favoured at
Ibrox – no idea why our ex manager signed him.
Martyn Waghorn:
Scunthorpe and Leeds were said to be looking at him –
probably would be useful in the lower leagues of English football but the SPL
is too tough for him. If Rangers can recoup the modest six figure sum they
paid, they are likely to take it.
Michael O’Halloran:
Another one that has gone quiet, had been linked with a
switch to Motherwell as a makeweight for Louis Moult, but once that died he was
briefly touted with a switch back to Perth. Again, it has gone silent on this
one.
Naturally other major signings have been made, such as Man
City’s Mark Allen as Rangers’ new Director of Football, while the retail side
of the club has been completely fixed. Let us hope what results of the off-work
pitch is positively reflected on it.