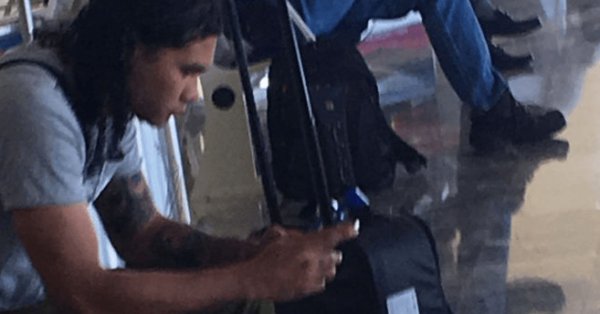 Rangers’ imminent capture Carlos Pena has been snapped at an airport over the past 18 hours with speculation he is set to arrive in Glasgow to wrap up his transfer.

The 27-year old Mexican international midfielder has been working on his switch from South America to Govan for some considerable time, and it appears the enforcer is finally ready to jet in and have his medical.

Rangers have been stocking up in midfield with Ryan Jack and Daniel Candieas already signed up, and with some recent doubts over Jordan Rossiter’s future and that of Harry Forrester, manager Pedro Caixinha has wasted little time bringing a player he knows well with him to Ibrox.

If and when the signature is announced it will be the seventh summer signing under Ped with only 8 days to go till the European adventure begins – hopefully Pena really is registered in time to be part of that.