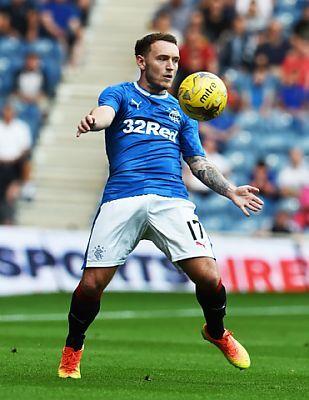 With Rangers’ summer overhaul well underway, six signings have arrived at Ibrox with five departures, but Charlton have been linked with a double move for two of the ‘surplus’.

Over the past two months, the Addicks have been persistently linked with a bid for right back Lee Hodson, with manager Karl Robinson desperately trying to boost his side following a rather meek campaign. With Hodson in and out of Rangers’ side and James Tavernier continuing to appear first choice, boss Pedro Caixinha probably considers the ex-Killie full back expendable and on the transfer list.

The 25 year old was previously away on international duty with Northern Ireland and was not at Wednesday’s session at the Rangers Training Centre.

Meanwhile Robinson is equally eying up a move for similarly out-of-favour attacking midfielder Harry Forrester, according to reports.

The winger has found himself completely frozen out this calendar year, and while claims of his being suspended were vehemently denied by the player himself, he is nevertheless unlikely to be in Pedro’s plans going forward, and The Addicks could well make a six-figure bid to prise him away from Ibrox if the speculation is true.