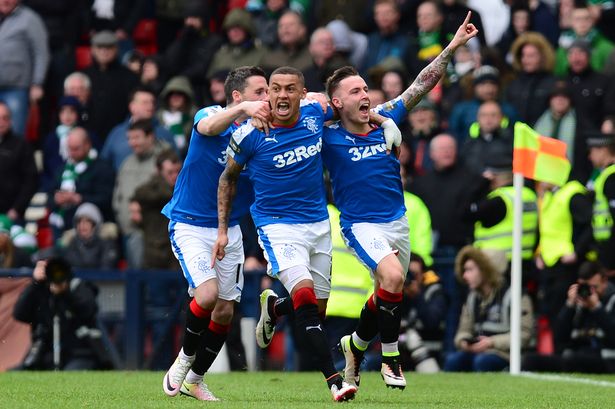 Following on from this morning’s piece on the presences and absences from Rangers’ first day back at training following the summer break, the absence which stood out the most was that of a player whose status at Ibrox has most certainly been up for debate, not just since Pedro took over, but, in truth, since the turn of the year.

Barrie McKay’s debut season in the SPL underwhelmed everyone. While he regained some significant form around December, it did not last, and he soon returned to fairly unimpressive displays from mid-January onwards, which summed his season up.

As long-term fans of McKay, Ibrox Noise bigged him up from his debut in 2012 all the way through to his renaissance under Mark Warburton, and indeed his time in the Championship did appear to point at a complete vindication at our and others’ backing and praising of the young winger, so much so that he managed to earn a cap or two with the national side, following a few call ups.

Unfortunately 2015/2016 was as good as it got for McKay, with last season being, as mentioned, disappointing at best.

Indeed, it does seem Caixinha sensed McKay’s heart did not seem to be fully devoted to the cause, with lightweight displays last season leading to many advocating his dropping to the bench, and aforementioned new manager appeared to agree, with McKay being the high-profile casualty of the new regime.

McKay really did not play much of a role at all under the Portuguese, and his absence from training yesterday certainly does not bode well for his chances of staking a claim for a place next season; neither does Rangers’ enthusiastic pursuit of Graham Dorrans, Daniel Candeias, or even Dalcio Gomes.

For ‘bad boy’ Michael O’Halloran, far from flavour of the month at Ibrox these days, to be at training while his junior colleague was nowhere to be seen painted the full picture.

Of course, McKay’s absence could have been completely innocent – he could have valid reasons for the no-show, and we do account for that, but as mentioned, with all the talent Rangers are seeking to secure, McKay’s future is anything but assured either way.

His ex-coach Mark Warburton has been heavily linked with him, many proposing a multi-million pound bid from the ex-Brentford boss to link up at Nottingham – and it is hard to envisage Rangers saying no to that.

But regardless, Barrie McKay’s future is up in the air, and we will hand it over to you guys; vote below, would you like to keep Barrie McKay or sell him?