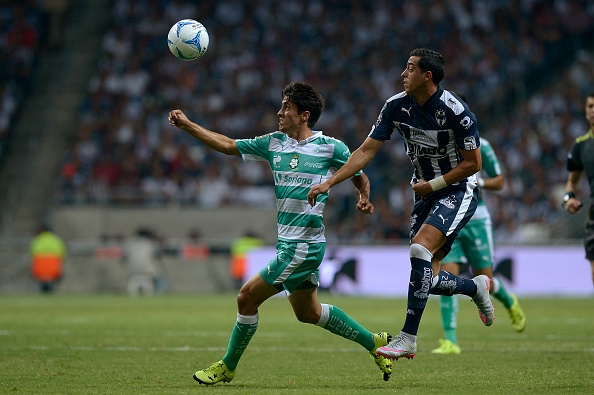 José Abella is rated as a top class 23-year-old right-back, who has already played under Caixinha at Santos Laguna and made his first team debut under him in 2013.

When it came to choosing his first choice right back, after it became apparent Callum Paterson was unlikely to make it to Govan, there was only one choice for Ped the Ted and that was José Abella.

He also holds a Spanish passport, which prevents work permit issues from over complicating a move to Scotland.

José has also played 8 times for the Mexican National U20 side and scored 3 goals from the right back position, which is very impressive. He also played for Mexico U23’s in the 2016 Olympic Games in Rio de Janeiro.

José Abella made his Mexican league debut with Santos Laguna on the 26 July 2013 in a 3–2 home game win against Cruz Azul. Abella played for the full 90 minutes and received a very early yellow card in only the 8′ minute of the match, but he held his nerves and watched his discipline and played extremely well throughout the game, much to Pedro’s extreme pleasure.

With the arrival of Portuguese coach Pedro Caixinha, Abella became the regular starter in the Apertura 2013 season. Ever since Osmar Mares was injured and José received the full confidence of his new coach.

José Abella was officially given a contract on 1 July 2013. during the Clausura 2014 season, Abella played in all 90 minutes of every match contested and Santos reached the Semi-finals, losing to Pachuca on a 4–4 aggregate score. With José missing one match due to a previous red card suspension.

Abella played an impressive 47 games last season for Santos Laguna as they went on to win the league. He has continued his impressive form this season and also featured in the CONCACAF Champions League.

Pedro has described José as a very strong physical full back who has terrific ability as an attacking full back. He has real pace that he puts to good use going forward and is very solid defensively.

So far José has played in 123 matches for Santos Laguna and rumour has it that he would be delighted to join up with Rangers’ new Mexican midfielder Carlos Pena and to work again with his favourite manager – Rangers’ very own – Pedro Caixinha.

The future appears to be very bright for this young full back and he is already showcasing himself in the Mexican top flight and also the CONCACAF Champions League.

The next step for Abella will be to hold down a first team place at Ibrox if the move can be secured, and then force his way into the full national team, which surely cannot be far away. If Caixinha can manage this one, surely RB is sorted at long last.