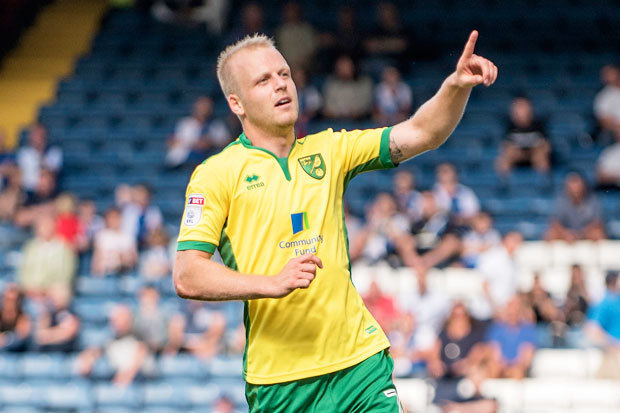 Following weeks, months, and even years of speculation, Steven Naismith has effectively confirmed he is not interested in returning to Rangers any time soon.

Despite recent reports claiming he was even in ‘advanced talks’ with Rangers officials over a switch back to Govan, the player himself has poured cold water on such rhetoric by admitting his priority is to gain fitness and regain his Norwich City career.

“I have two years left at Norwich. They have said that if there are circumstances where I can move on and it’s right for everybody, it could happen. But a new manager has come in. It’s a clean slate for everyone, so hopefully I can impress the new manager and try to be in his plans.”

This gives a little promise to the idea that he would be open to a move out of the Canaries, but when Naismith adds the following, it as good as douses significant flames:

“I’ve not even thought of Rangers.”

While then backtracking a little by saying:

“I’ll think about Rangers if it was ever an option but I’m not thinking about that at the moment. I’ll come back to Scotland one day. Whether it’s to play golf or play for the local amateur team, I’ll come back.”

Nevertheless the overall scope of these comments does suggest he sees his immediate future at Carrow Road, and senses a chance to stake a claim for a slot with a new manager coming in.

Any idea negotiations with Rangers have begun far less are ‘advanced’ are simply absolutely untrue.