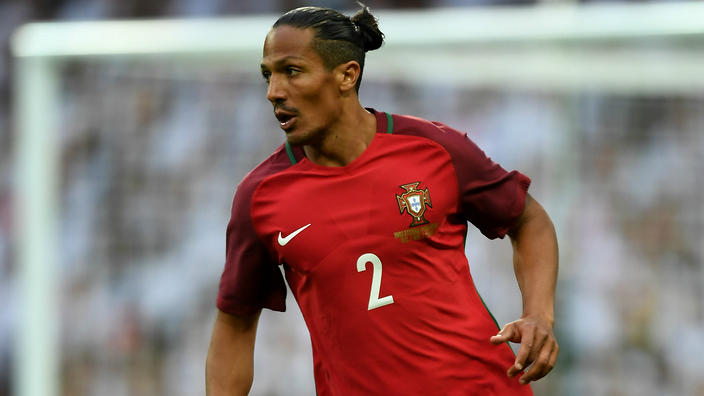 You may not know Rangers’ surprise transfer target Bruno Alves terribly well other than the media’s hysteria over him being a part of Portugal’s Euro 2016 win, but the 35-year old is far more than just this honour.

Indeed, few even knew of the stopper before today, but having watched him a number of times for his Italian employers Cagliari, Ibrox Noise can tell you it is an impressive target for Rangers to be aiming for.

Alves is not the most refined of centre-backs, that much is true. If you want silky defensive skill and composure on the ball, he is probably not your man. If you want the kind of leader who puts his own self where it hurts as an example to those around him, he is more your cup of tea.

Alves is the kind of enforcer who is prone to the odd yellow or even red card now and then (he committed a last-man tug against Milan at the San Siro earlier this season which saw him off) but imagine the commitment of the kind of defender who is not scared of pain and blocking with his life, and it is worthy consolation.

Indeed, during that match against the Rossoneri, Alves managed 9 last-ditch clearances, 2 interceptions, one crucial block, and 5 vital tackles. He was the main reason it took the home side till 88 minutes to actually score.

And that has been the style of his career, to be hard, rough and ready but wily enough to generally keep on the right side of the law. Yes, he has a little bit of history of ‘over exuberance’ now and then, but Rangers fans have complained we lack tough enforcers in the team, and he really is one.

Is he Richard Gough or Carlos Cuellar? Maybe not quite, but he certainly has an honourable CV and is an upgrade of the kind Rangers need. With 90 caps for his country, Rangers could do worse than a Euro 2016 winner and experienced campaigner like Alves.