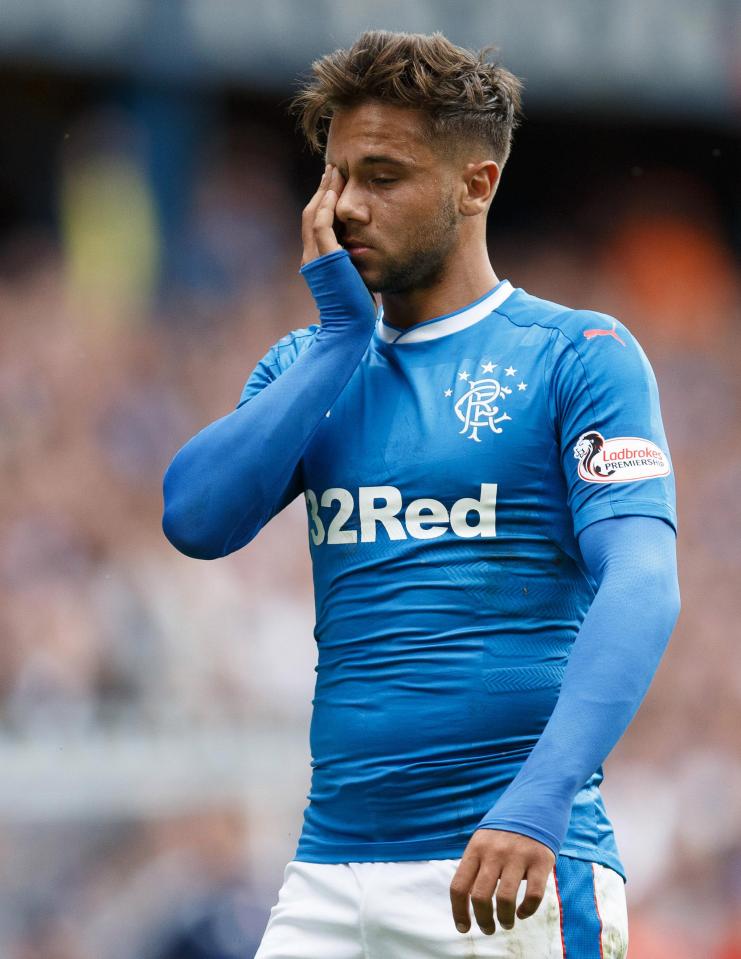 Rangers’ fans have suffered a great number of puzzles over the past couple of seasons; the health of Jordan Rossiter, John Eustace, the selection process in general, the signing of Rob Kiernan…

But one of the most curious is the entire “Harry Forrester Mystery”. Signed in January 2016 and the only borderline moderate ‘success’ of that absolutely disastrous transfer window, Forrester actually had a decent impact over the course of that season’s second half, contributing some big goals and making a noticeable impression on games.

The guy’s physicality and willingness to roll his sleeves up did not go unnoticed and he produced the hard-tackling robustness in midfield while complimenting it with some pretty decent footballing ability too. But there were also signs of a poor temperament in evidence, with more than one or two ‘naughty’ tackles in there too and a booking or two as well.

Despite the positives of his game, Harry Forrester faded dramatically from Rangers’ first team, occasionally appearing on the bench under Bread Man and when Loaf Left, Forrester’s lingering chances of match day action more or less disappeared entirely.

Nowadays he simply does not feature in the squad at all, regularly posting photos on his various social media accounts of what he is doing when the side is playing.

While no one would pretend he is an exceptional player, the utter removal of him from the equation has been decidedly odd. Rangers have lacked real fight in the middle for some time, and while Caixinha’s new system seemed to temporarily reinvigorate that aspect with Jason Holt and Jon Toral providing the grit, it was quickly and inexplicably ripped up and Rangers have returned to being weak and pathetic in the middle.

Ripe for Forrester to come in and toughen it up, right? Apparently not.

Certainly there are issues about Forrester’s temperament. More than once he has committed ugly ‘tackles’ that would make Joe Garner wince, and more than once he has been booked for it – who could forget Chris Sutton’s comical chagrin when Craig Thompson admittedly bottled out of sending the creative attacker off for two obvious yellow card offences at Den’s Park.

But for his undeniably questionable temperament, Forrester has contributed in many positive ways on the pitch – he has scored vital goals, winning goals, and he has changed many games when deployed as a sub – his ability, while not astonishing, is solid, able, and has made a difference.

And yet here we are, his fading from the match day squad spectacular in its conspicuousness, while reports are coming in that along with O’Halloran, Kiernan and Halliday he has been called in for ‘assessment’ by management looking to see who qualifies as dead wood and who does not.

One can only wonder what Forrester’s professionalism and attitude in training are like for him to have been cast from the match day squad with such ferocity despite what he could definitely bring to the team.

Going by these reports, Forrester’s time in Govan could be over pretty soon, which will bring to an end a slightly odd time at Ibrox for the lad.