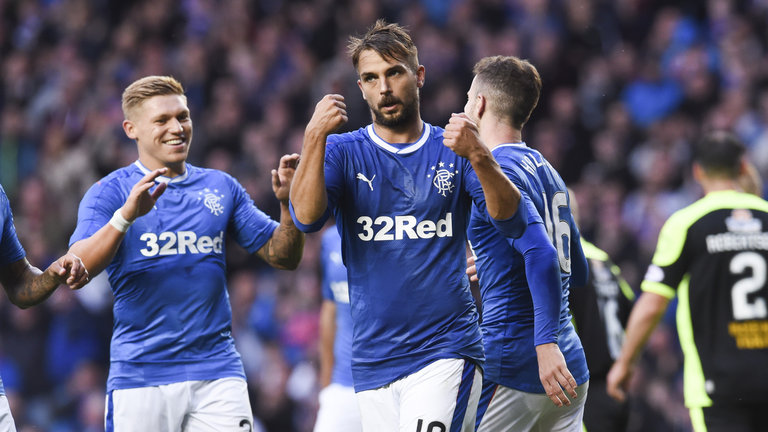 In the latest Rangers News, Harry Redknapp’s Birmingham City have emerged as a possible suitor for midfield playmaker Niko Kranjcar over the past 24 hours.

With Clint Hill’s departure all-but-official, the veteran stopper has been strongly linked with a move back to his former manager Redknapp, but it is the link with Croatian international Kranjcar which is raising some eyebrows.

The former Portsmouth man is another ex-Redknapp charge and has only just returned from a dreadful knee injury which ruled him out for the lion’s share of the season, but with a year to run on his deal, Rangers may elect to cash in on the midfield man and free his wages up for new blood.

For his part Kranjcar has never spoken of leaving and in fact has only spoken well since arriving in Govan, but given the choice, he might want to reunite with his old gaffer at St Andrews with uncertainty surrounding his future at Ibrox given reports manager Pedro Caixinha intends to assess him pre-season as he currently is with a great number of other members of the squad.

The Croat was meant to be part of the ‘dream midfield’ including Jordan Rossiter and Joey Barton, but that was yet another of the ex-manager’s plans which did not work out, and while Kranjcar was coming onto a game before his injury, ironically his fitness was still an issue of much contention.

Niko Kranjcar may well have played his last competitive game for Rangers long ago.