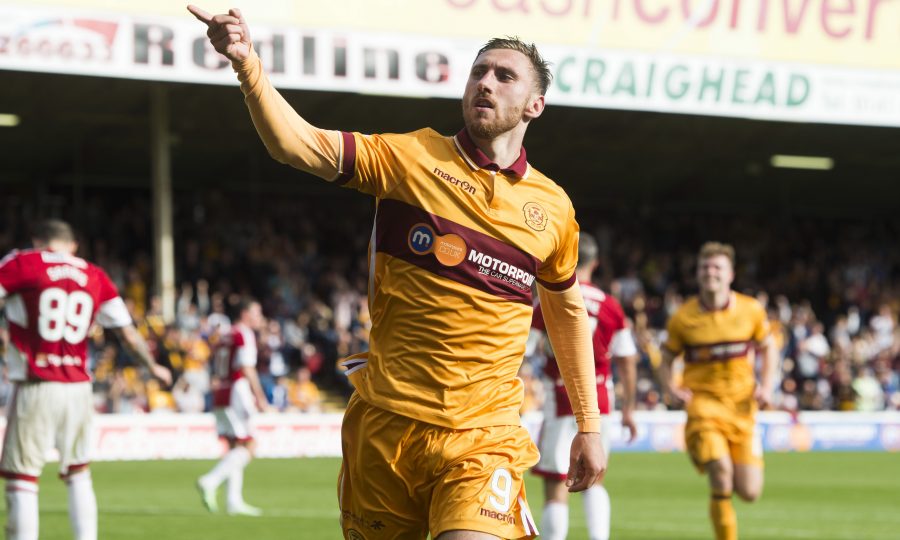 Motherwell’s Louis Moult has emerged has a significant target for Rangers manager Pedro Caixinha’s summer overhaul today. The Steelmen forward has been in excellent form this season, nabbing the leading goal at Ibrox in January before Rangers came back to win the Scottish Cup Fifth Round fixture versus the-then Mark McGhee side, and has won rave reviews for his general performances this season.

Rangers are in desperate need of quality, albeit some cynicism surrounds interest in a 24 year old who languishes with a feeble Motherwell side at the bottom of the table, but his record is nevertheless rather impressive regardless with 29 goals over the past two seasons – not bad for a struggling side who have only scored 40 goals this season in total.

But nevertheless it is probably not the level of signature Rangers fans are looking for, with many wondering if Moult is any better than the players Rangers already have. That said, should he sign up, it is up to him to justify Caixinha’s faith in him and prove the doubters wrong.